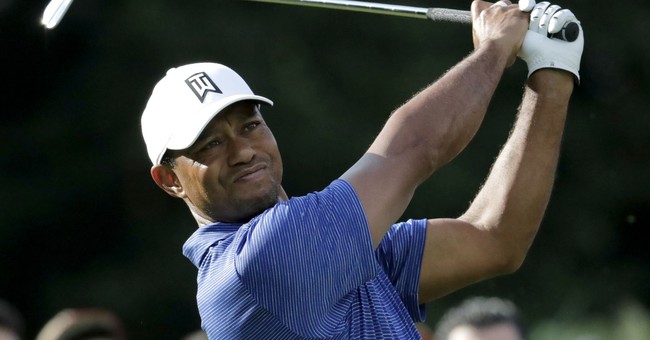 ESPN commentator Max Kellerman criticized professional golfer Tiger Woods Monday for his remarks on Sunday that “you have to respect the office” of the president.

Kellerman went on to argue that Woods was being “slick” and his comment was “stupid” regardless.

"We are held to a standard of behavior, we at our jobs, right, people in their daily lives. The president, if anything, is held to a higher standard of behavior,” he argued. “It is not such that we have such great respect for the office that no matter what the behavior of its occupant, we must respect the occupant because of the office. No. Tiger Woods … is being slick here. We must respect the office therefore that confers respect to the occupant. Tiger, is that is what you are saying? If that is what you are saying, that is a stupid comment."

When asked Sunday about his friendship with Trump, Woods called for respect for the office of the president.

Recommended
Trump Campaign: Biden Is Sniping From the Sidelines While the President Leads
Katie Pavlich

Trump tweeted praise of his friend Monday and criticized the “fake news” media.

The Fake News Media worked hard to get Tiger Woods to say something that he didn’t want to say. Tiger wouldn’t play the game - he is very smart. More importantly, he is playing great golf again!