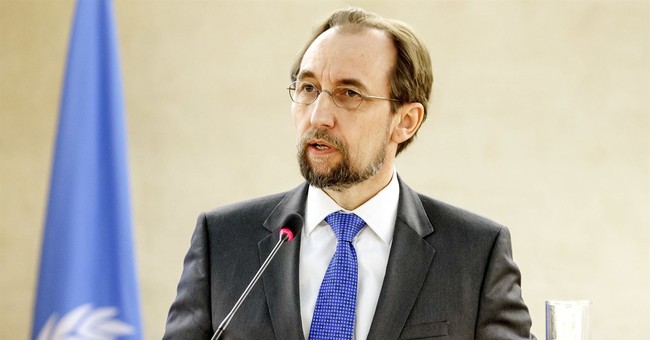 United Nations Human Rights High Commissioner, Zeid Ra'ad al-Hussein, called on the United States to end separation of children from their parents at the border, during a speech Monday. He called the practice “abuse” and “unconscionable.”

"The thought that any state would seek to deter parents by inflicting such abuse on children is unconscionable,” al-Hussein said.“I call on the United States to immediately end the practice of forcible separation of these children."

"People do not lose their human rights by virtue of crossing a border without a visa," he continued, "I deplore the adoption by many countries of policies intended to make themselves as inhospitable as possible by increasing the suffering of many already vulnerable people."

UN Human Rights spokeswoman Ravina Shamdasani told reporters that “the practice of separating families amounts to arbitrary and unlawful interference in family life, and is a serious violation of the rights of the child."

“Once again, the United Nations shows its hypocrisy by calling out the United States while it ignores the reprehensible human rights records of several members of its own Human Rights Council,” Haley said in response at the time.

She emphasized that “neither the United Nations nor anyone else will dictate how the United States upholds its borders.”

The Associated Press reported Friday that the United States may leave the UN Human Rights Council over its anti-Israel bias.