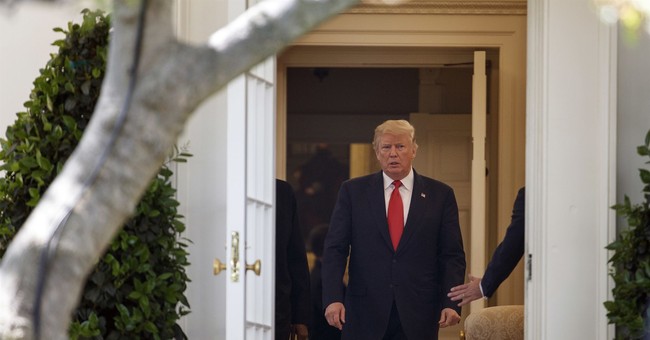 A group of 18 House Republicans officially nominated President Trump for the Nobel Peace Prize Wednesday. The initiative was led by Rep. Luke Messer (R-IN), who is in a close primary for a Senate seat.

"Since taking office, President Trump has worked tirelessly to apply maximum pressure on North Korea to end its illicit weapons program and bring peace to the region," they write in a letter to the Norwegian Nobel Committee. “His Administration successfully united the international community, including China, to impose one of the most successful international sanctions regimes in history. The sanctions decimated the North Korean economy and have been largely credited for bringing North Korea to the negotiating table.”

Today, 17 of my House colleagues joined me in nominating @realDonaldTrump for the 2019 Nobel Peace Prize. pic.twitter.com/TJpJKW9JGH

Sen. Lindsey Graham (R-SC) said on Fox News Sunday that Trump would deserve the prize if his peace efforts succeed and said he would want to witness it.

“I want to be there,” he said. “It may be the first time the Nobel Peace Prize was given and there was mass casualties because I think a lot of liberals would kill themselves if they did that.”