The End of "Tough On Crime"? 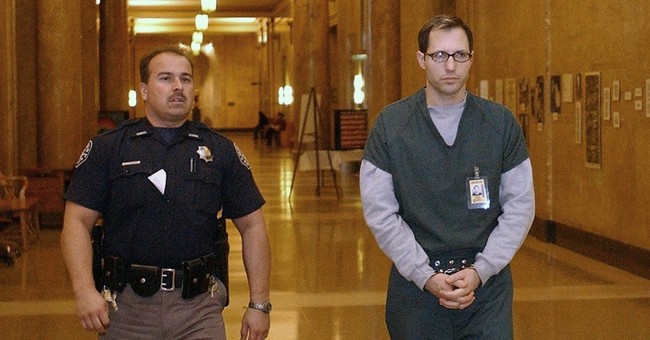 In the 1990s, politicians were falling over themselves to combat the epidemic of violent crime in America. Joe Biden was a cosponsor of the Violent Crime Control and Law Enforcement Act which, along with containing the infamous "assault weapons" ban, provided billions of dollars to expand the federal prison system under the logic that if we could put more people behind bars for longer, crime would fall.

It's unclear whether that logic worked. Violent crime has fallen drastically since the 1990s and now a cross-ideological coalition of groups is coming together to reject the "tough-on-crime" 1990s and urge a platform of criminal justice reform that will explicitly fight over-incarceration.

The Coalition for Public Safety was launched this week by an alliance of groups that include the left-wing Center for American Progress and the ACLU along with right-wing groups like Americans for Tax Reform and FreedomWorks. The Coalition says they will be "the largest national effort working to make our criminal justice system smarter, fairer, and more cost-effective at the federal, state, and local level."

Also on the coalition's list of partners are the Faith and Freedom Coalition and Right On Crime, a project of the conservative Texas Public Policy Foundation.

As Matt Kibbe, FreedomWorks President, wrote for the Coalition's launch:

For decades, politicians have appeared to be 'tough on crime' by passing onerous laws that trap people in a horribly broken criminal justice system. These bad policies have led to the United States having the highest incarceration rate in the world. This is not only fiscally unsustainable, it's morally wrong.

There were many conservative politicians who were on the "tough on crime" bandwagon in the 1990s. That might be changing now. Sen. Rand Paul has been on the criminal justice reform bandwagon for awhile now. And Marc Levin, director of the Right on Crime initiative, wrote for Townhall recently:

In 2007, Texas avoided spending $2 billion to build and operate new prisons by expanding community-based programs that hold nonviolent offenders accountable, such as drug courts, intermediate sanctions facilities, and mandatory treatment interventions for mentally ill offenders. Since Texas began these reforms in 2005, the crime rate has dropped 10 percent, hitting its lowest point since 1973.

"Tough on crime" may be on its way out the window, and it might be conservative groups leading the way.