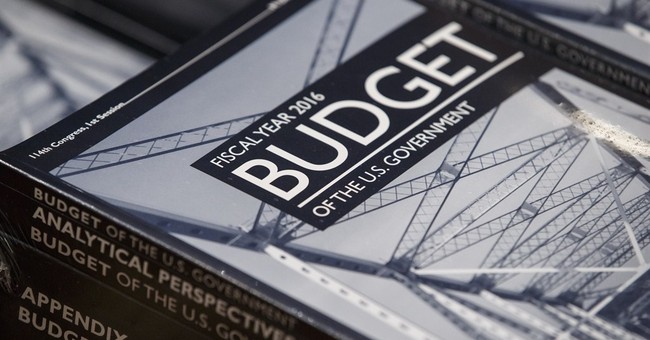 Over the last few years, the Republican Congress and Barack Obama have done a decent job of bringing down the immense deficits created by the recession and the President Obama's own response to it. The federal deficit is now "only" $468 billion dollars for 2015. The deficit will continue to fall, mostly because of increased taxes, until 2017 - at which point it will start to grow larger, forever.

As Veronique de Rugy writes at the Mercatus Center:

The CBO projects the deficit to begin rising again in fiscal year 2017 and to surpass $1 trillion in fiscal year 2025. This growth in future deficits is the result of a jump in entitlement spending rather than a one-time increase in spending (as it was in fiscal years 2008 and 2009). Deficits will keep growing unless the underlying causes are addressed.

If current laws stay in place, spending for Social Security and the major health-care programs, including Medicare, Medicaid, and the Affordable Care Act, will grow faster than the economy. As a rule of thumb, a government’s spending should never grow faster than the economy that’s supposed to pay for it. (It’s worth noting that the CBO lowered its projection of economic growth going forward.) All of this suggests that, rather than celebrating a short-term respite from $1 trillion deficits, we should be even more concerned about reining in the size and scope of the federal government.

De Rugy is absolutely correct. They've produced this chart to illustrate the problem facing us:

I've written about how we tamed the medium-term deficit before, and how that doesn't matter for the future - and why we should be terrified of the entitlement programs we have currently in place.