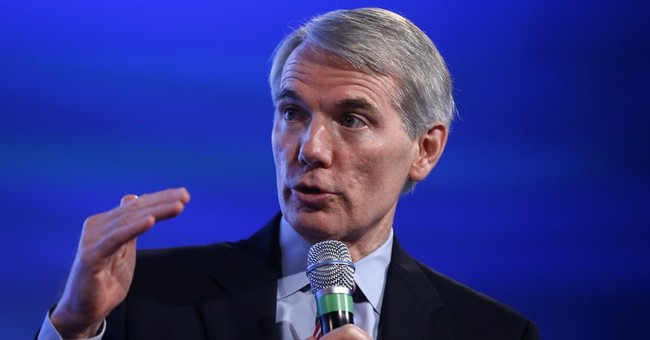 With the 2014 elections a distant memory (er...), the potential 2016 presidential contenders are beginning to get their ducks in a row. We heard about Ben Carson this week, we all know what Hillary Clinton is doing, Martin O'Malley is damaged - and now Ohio Sen. Rob Portman is weighing his options for a presidential bid.

“I am going to take a look at the opportunity of the presidential race. But you know, right now, I’m excited about these results Tuesday night. I’ll be talking to family, talking to friends and some who’ve been encouraging me and analyze the situation. But I’m not planning at this point to change my approach, which is legislating,” Portman said in a telephone interview.

“You decide, in my case, what’s in the interest of the country,” he said. “The question is: ‘What’s the most effective role that I can play?’”

Portman emerged as a deal-making Republican player over the past two years, helping hammer out a bill to extend expired unemployment benefits that passed the Senate, building a bipartisan energy efficiency bill with Sen. Jeanne Shaheen (D-N.H.) that sputtered over procedural warfare and ultimately voting against the Senate’s immigration reform legislation after trying to receive a separate roll call vote on his amendment.

So-called "deal-making" isn't exactly in vogue when it comes to the party activists right now. Portman might not what you'd call an "establishment" Republican, as he's only been in office in D.C. for three years, but he's also not a favorite of the conservative base. He's also one of the few pro-gay Republican politicians on the national scene.

Portman may be a second-tier presidential contender, but with these statements he's also one of the most publicly serious about pursuing the top job.