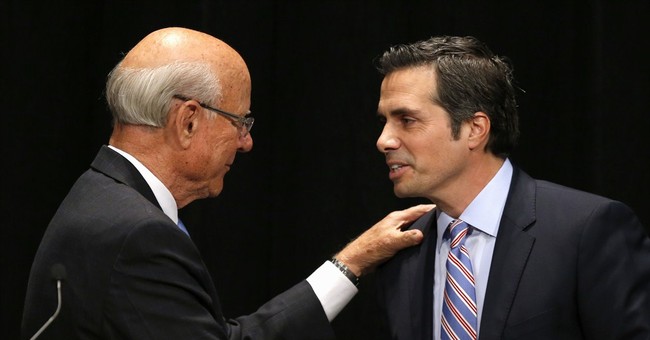 Another week, another poll showing the race between incumbent Republican Pat Roberts and Democrat-turned-Independent Greg Orman is too close to call - within the margin of error. Orman has maintained a small yet consistent lead recently but has only led by more than two points in a single poll.

On Friday, Fox News released their latest poll of the Kansas race and found Orman up by one point. Roberts has done much to close what looked to be a sizable gap but the race has been plus or minus a few points throughout October. Fox finds 44% say they're for Orman and 43% say they're for Roberts.

Townhall's Poll Tracker average calculates that the net of all the recent polling is that Orman aggregates out to a 2% lead over Roberts with only a few days to go: