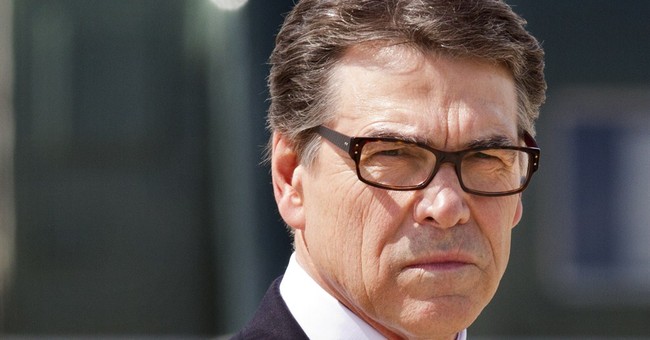 Texas Gov. Rick Perry, who entered the 2012 GOP nomination race but exited with a whimper, has been making moves hinting at a 2016 bid for President. Most recently he's been to Iowa multiple times, and the Associated Press is reporting that he's been shoring up support with donors and strategists:

If Texas Gov. Rick Perry runs for president and loses Iowa to some other Republican again, it won't be for a lack of trying.

The 64-year-old Perry is on his fourth trip to the state in eight months, meeting Saturday and Sunday with veterans and conservative activists in the northern Iowa communities of Algona and Clear Lake.

Although he hasn't said if he'll seek the White House in 2016, Perry has been raising funds for GOP candidates and seeking advice from political insiders since November.

Perry entered the 2012 presidential race with much fanfare, but quickly stumbled. He finished fifth in the Iowa caucuses in early 2012 and quit the race two weeks later.

As Real Clear Politics' 2012 polling shows, Rick Perry had a comfortable but brief lead in the GOP nomination chase , putting a dent in Mitt Romney and flattening the other candidates. He soon stumbled in debates, though, and fell back to the pack and out of the race for good:

Perry may contend with a broader and deeper GOP field this time around, as all the candidates will be longtime politicians with established track records. If he's to make a serious run he'll need to have a better showing than last time.