Here's What You Should Know About Robert Wilkie, The New VA Secretary 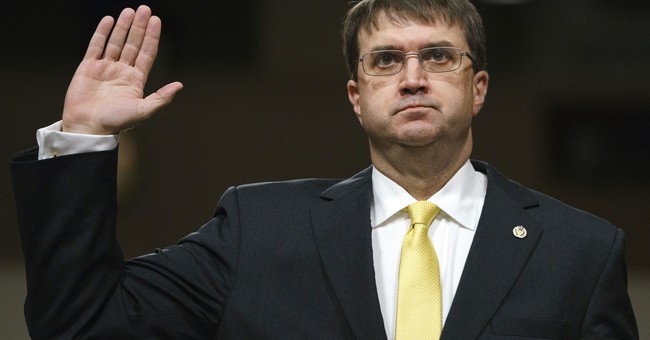 On Monday, the Senate confirmed Robert Wilkie as Secretary of the Department for Veterans Affairs.

Wilkie has served as the acting secretary since President Trump announced he would replace David Shulkin. Trump originally intended to nominate Adm. Ronny Jackson as secretary, but Jackson withdrew his name from consideration.

Wilkie is a graduate of Wake Forest University, Georgetown University and Loyola University. He also holds a masters in strategic studies from the United States Army War College. Wilkie served in the United States Naval Reserve and later joined the Air Force as a reserve officer and was assigned to the Office of the Chief of Staff.

Wilkie formally served as the Undersecretary of Defense for Personnel and Readiness at the Pentagon.

The VA is the second largest governmental department with 360,000 employees who serve 9 million veterans.

Wilkie served as the principal advisor to the Secretary and Deputy Secretary of Defense for Total Force Management as it relates to readiness according to the Department of Defense (DOD).

"He advises the Secretary of Defense for Total Force Management on the National Guard, training, health issues and personnel requirements,” reported Fox News.

He grew up as a military brat whose father was an artillery commander and he spent ten years at Fort Bragg. During the Bush administration, Wilkie served under both Robert Gates and Donald Rumsfeld as Secretary of Defense from 2005-2009. Wilkie was the youngest senior leader in the department.

Prior to working at the Pentagon, he was the Special Assistant to President Bush for National Security Affairs. Wilkie also served under Dr. Condoleezza Rice as senior director of the National Security Council.

Wilkie has previously served as a Senior Advisor to Sen. Thom Tillis as well as serving the Majority Leader Trent Lott as Counsel and Advisor on International Security Affairs.