President Trump Has Run Out of Patience on Kavanaugh: TAKE THE VOTE! 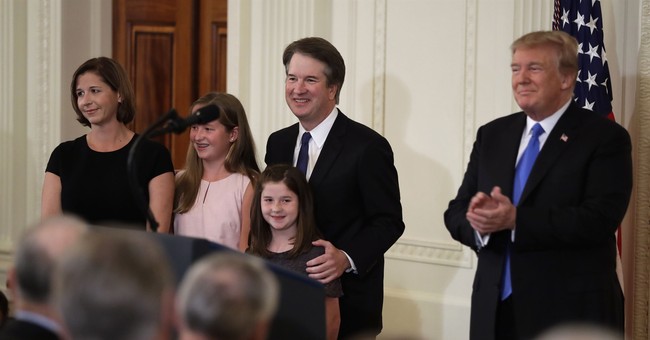 Senator Feinstein and the Democrats held the letter for months, only to release it with a bang after the hearings were OVER - done very purposefully to Obstruct & Resist & Delay. Let her testify, or not, and TAKE THE VOTE!

Kavanaugh's confirmation vote was originally scheduled for Thursday, September 21 and was delayed by one week in order to accommodate testimony from Christine Blasey Ford, the woman accusing Kavanaugh of sexual misconduct during high school. After her attorney repeatedly said she was ready to testify under oath and in public, Ford is refusing to give testimony unless a number of inordinary conditions are met.

A deadline for Ford to make a final decision about whether she will testify at a scheduled Monday hearing passed Friday morning without any further information from her attorney. Kavanaugh, on the other hand, agreed to testify five days ago and hasn't wavered in his commitment to do so.

Mitch McConnell: “You’ve watched the fight. You’ve watched the tactics, But here’s what I want to tell you: In the very near future, Judge Kavanaugh will be on the United States Supreme Court… Don’t get rattled by all of this. We’re gonna plow right through it and do our job.” pic.twitter.com/nmVJVHvrVV