Trump to Introduce Plan To Dramatically Reduce the Size of Government 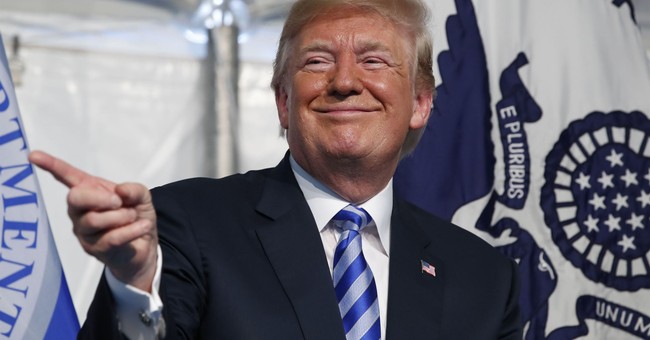 President Trump will reportedly introduce a new plan in the coming weeks to dramatically reduce the size of the federal government. Consumer Financial Protection Bureau Acting Director Mick Mulvaney will be at the helm and leading the charge. POLITICO has the details:

The Trump administration is preparing to release a sweeping plan for reorganizing the federal government that includes a major consolidation of welfare programs — and a renaming of the Health and Human Services Department.

The report, set to be released in the coming weeks by the White House Office of Management and Budget, seeks to move safety-net programs, including food stamps, into HHS, two sources with knowledge of the plan told POLITICO. The plan would also propose changing the name of the sprawling department, while separately seeking cuts at the U.S. Agency for International Development and the State Department.

The news comes after Mulvaney fired the entire CFPB board, made up of 25-members, when they became increasingly uncooperative with the administration's agenda.

Since President Trump took office, the administration has purposely failed to fill hundreds of government positions. Further, thousands of federal regulations have been removed after the president signed an executive order upon arrival in the Oval Office to reduce the regulatory burden on industries across the country. The order required the removal of one federal regulation for every new regulation implemented.

Today, we CUT THE RED TAPE! It is time to SET FREE OUR DREAMS and MAKE AMERICA GREAT AGAIN! pic.twitter.com/teAVNzjvcx