Obama: How About Mandatory Voting 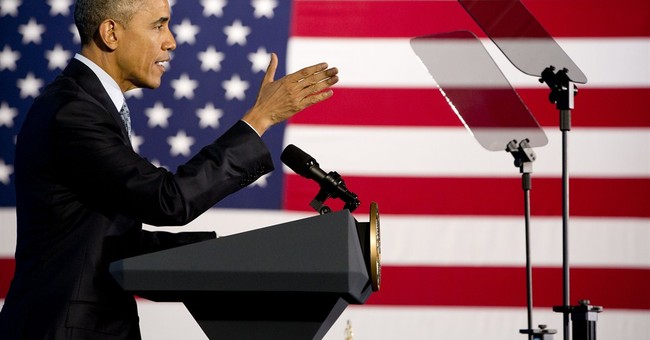 During a town hall style meeting in Cleveland Wednesday, President Obama suggested mandatory voting in the United States would be a good, "transformative" thing for the country. He also suggested it would be a good way to combat campaign spending in elections.

As a reminder, President Obama spent more than $750 million to get elected in 2008 and more than $1 billion to get re-elected in 2012. He also reversed his long time position of taking PAC money in order to win in 2012 and has been supported by big labor union donations.

It would certainly be transformative, just as his presidency has been for the United States of America.