UPDATE: She Will Today, Kind Of; Hillary Clinton Might Hold a Press Conference to Address Ongoing Email Scandal 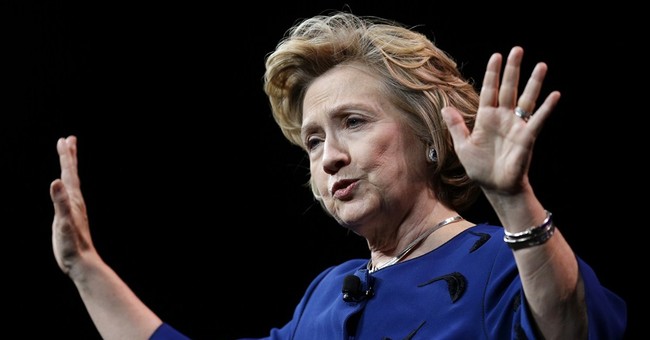 UPDATE II: Well, she'll sort of be holding a press conference...for a few select reporters if they just happened to apply for credentials 24 hours ago. Clinton didn't announce the press conference until this morning.

UPDATE: Clinton will hold a press conference this afternoon after a speech at the UN.

The pressure is building on Hillary Clinton to directly address the ongoing scandal surrounding her use of a private server and email accounts to conduct all of her official State Department business during her time as Secretary. According to a report in POLITICO, Clinton is planning to hold a press conference to address the issue.

Hillary Rodham Clinton is likely to hold a press conference in New York in the next several days to answer reporters questions about a controversy surrounding her use of a private email account at the State Department, according to three people close to the potential Democratic frontrunner.

Since the story broke last week, Clinton has participated in a series of speaking events for Emily's List and The Clinton Foundation, but hasn't addressed the controversy.

The White House is conducting damage control after President Obama said in an interview over the weekend he learned of Clinton's private email address "through news reports." Yesterday Press Secretary Josh Earnest admitted Obama did in fact correspond with Clinton through her private email address.

Meanwhile, high ranking Democrats like Dianne Feinstein have called on Clinton to come clean or at least explain how her email system was set up and whether she fully complied with the Federal Records Act in turning over all private emails containing State Department business.