Cruz: Senate Should Block Obama's Nominees Until He Rescinds Amnesty 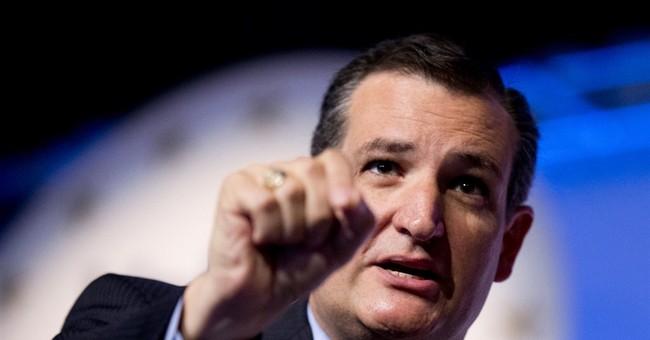 As President Obama prepares to announce the overhaul of U.S. immigration law through executive fiat tonight in a prime-time address, Republicans are trying to come up with ways to either stop him or to push back against the move.

Last night on The Kelly File, Republican Ted Cruz called this a "moment of testing," said we are witnessing a constitutional crisis and suggested the Senate block all of President Obama's nominations, except for those crucial to national security, until he rescinds his executive order.

"The President is behaving in an unprecedented way. There is not in recent times any parallel for a President repudiated by the voters standing up and essentially telling the voters, 'go jump in a lake,' he's going to force his power," Cruz continued. "The new Senate Majority Leader Mitch McConnell should stand up and say, 'If you disregard the constitution, if you disregard the law, if you issue this executive amnesty, the new Congress for the next two years will not confirm a single nomination, judicial or executive other than vital national security positions until you end this illegal amnesty.' Now that's a big and dramatic step, it's never been done before in Congress but the framers put in place checks and balances and the confirmation power is a tremendously potent authority given to the Senate. The Senate majority leader has the unilateral ability to stand up and say, 'If you defy Congress, if you defy the American people none one of your nominees will get confirmed.'..We [also] need to use the power of the purse."

Cruz also pushed back on rumors of a government shutdown reminded viewers that the only person pushing for a shutdown is President Obama.

Yesterday in an op-ed published in POLITICO, Cruz reminded the country that the President is not a monarch and therefore we shouldn't allow him to rule like one.

"When the president embraces the tactics of a monarch, it becomes incumbent on Congress to wield the constitutional power it has to stop it," Cruz wrote. "Congress, representing the voice of the people, should use every tool available to prevent the president from subverting the rule of law."

President Obama will make his announcement at 8 pm eastern from the White House. Townhall will have full coverage of his remarks.