Sessions: Obama's Executive Action is a Threat to Constitutional Order 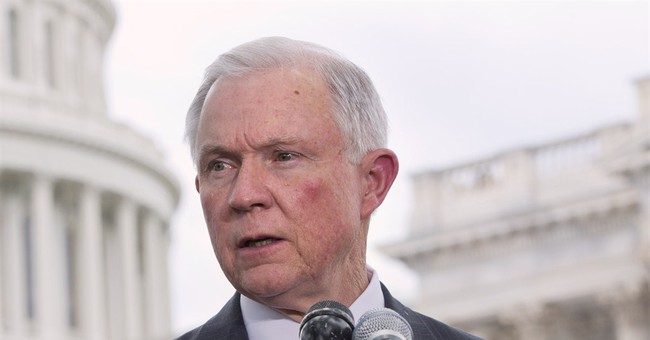 Last night news and details about President Obama's planned executive amnesty, which could come as early as next week, hit the airwaves of Fox News. Shortly after documents detailing Obama's 10-point plan for executive action surfaced Republican Alabama Senator Jeff Sessions, who has been warning about what the White House might do on the issue of illegal immigration for years, made an appearance on The Kelly File to discuss new developments. During the interview, Sessions explained that President Obama not only lacks the authority to do what is outlined in a released plan, but it's against the law.

"Fundamentally the President has no authority to do this, it's against the law," Sessions said. "Congress can stop it and must stop it. It's really a threat to constitutional order."

Sessions also reminded viewers of warnings from Immigrations and Customs Enforcement officers that if President Obama follows through with this executive action in this manner, it will be impossible to enforce immigration laws on the books and will encourage more illegality in the future. Further, he warned of the extreme economic consequences this action will have on the middle class and working poor in America.

Sessions has suggested Congress cut off funding for things like identification cards and other items necessary for executive amnesty to be fulfilled.

"It would be a big, strong step and it would make this almost impossible to accomplish," he said. "It would reflect the will of the American people."

Earlier this year, liberal George Washington University Law Professor Jonathan Turley warned about President Obama's executive overreach, saying we will reach a constitutional tipping point if Congress doesn't do something to restore the balance of power between the legislative and executive branches of government.