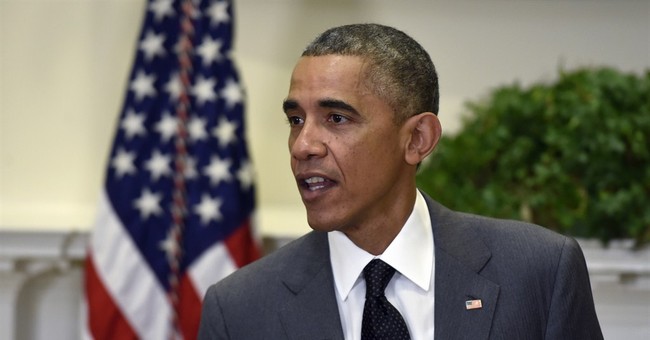 According to documents exclusively obtained by Fox News, President Obama plans to legalize at nearly five million illegal immigrants through executive action and it could happen as early as next week.

President Obama is planning to unveil a 10-part plan for overhauling U.S. immigration policy via executive action -- including suspending deportations for millions -- as early as next Friday, a source close to the White House told Fox News.

The president's plans were contained in a draft proposal from a U.S. government agency. The source said the plan could be announced as early as Nov. 21, though the date might slip a few days pending final White House approval.

The plan contains 10 initiatives than span everything from boosting border security to improving pay for immigration officers.

But the most controversial pertain to the millions who could get a deportation reprieve under what is known as "deferred action."

The plan calls for expanding deferred action for illegal immigrants who came to the U.S. as children -- but also for the parents of U.S. citizens and legal permanent residents.

The latter could allow upwards of 4.5 million illegal immigrant adults with U.S.-born children to stay, according to estimates.


President Obama's deferred action program of the past is exactly what caused the overwhelming unaccompanied minor crisis this summer. Families living in Central America and their children came into the United States by the thousands knowing that as long as they could get here, they'd be able to stay. When the crisis occurred, the Obama administration sent Homeland Security Secretary Jeh Johnson to Central American countries to explain the dangers of sending unaccompanied children north to the United States and said at the time that entering the United States illegally would not result in the ability to stay in the country. It seems that was all for show.

Keep in mind as we move forward that President Obama has argued for years that he can't go at illegal immigration reform or legalization for millions alone because he "isn't a king" and that our system of government requires the consent of Congress. A flashback from a series of interviews with Univision.

"The most important thing that we can do is to change the law because the way the system works -- again, I just wanna repeat, I'm president, I'm not king."

Obama has argued for years that he cannot push through executive action on illegal immigration because it would be unconstitutional for him to do so and now, he's planning on doing so. Republicans John Boehner and Mitch McConnell have issued stern warnings to President Obama not to go around Congress in the manner outlined above, saying it will "poison the well" moving forward and destroy the trust between the White House and the new legislative branch.

Get ready for a showdown in Washington.