Obama: We Need Michelle Nunn to Win So The Democrat Senate Can Advance My Agenda 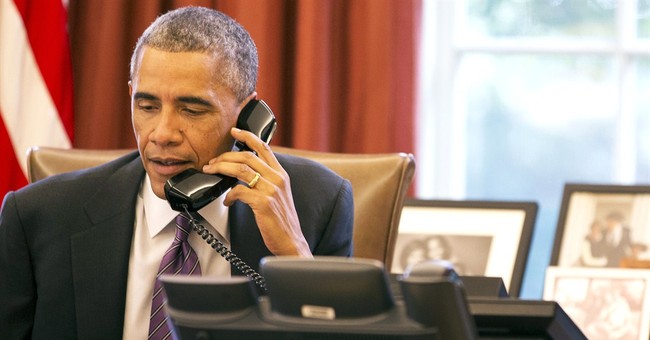 Over the past few weeks Democrats have expressed great frustration with the White House and President Obama's desperate attempts to tie himself to vulnerable candidates. Democrats have done everything possible to distance themselves from President Obama, whose 60 percent disapproval rating among voters is proving toxic. Candidates don't want Obama campaigning for them and won't even admit to voting for him in 2008 or 2012 when asked by reporters.

Democrats are running from Obama's agenda just ahead of the midterm elections and the President is chasing them.

First, during a speech at Northwestern University President Obama said his agenda is absolutely on the ballot for the midterms as Democrats have desperately tried to argue this election isn't about him. Then Obama said on Al Sharpton's radio program that "the bottom line is" vulnerable Democrats support his agenda and have repeatedly voted for it. And most recently, President Obama said during an interview earlier this week on Atlanta's Ryan Cameron Morning Show it is crucial Democrat Senate Candidate Michelle Nunn win her race against Republican David Purdue so "good work" and his agenda can continue in Washington with a Democrat majority and Harry Reid at the helm.

"If Michelle Nunn wins that means Democrats keep control of the Senate and that means that we can keep on doing some good work and so it is critically important to make sure folks vote," Obama said.

If Democrats keeping the Senate depends on keeping President Obama at a distance, then why is Obama continually inserting himself into places where he is not welcome? Over to you, Lou Dobbs.

"How much punishment can a practicing narcissist suffer?"