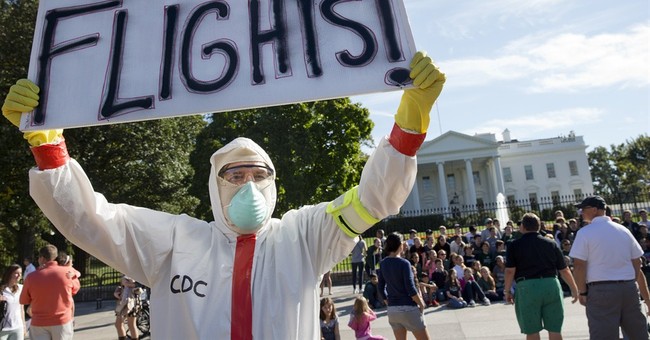 The Department of Homeland Security issued new travel restrictions Tuesday in an effort to screen all people coming into the United States from West Africa for Ebola symptoms. In a statement DHS Secretary Jeh Johnson outlined new restrictions which require all flights originating from West Africa to land at five international airports in the U.S. so passengers can be screened.

Today, as part of the Department of Homeland Security’s ongoing response to prevent the spread of Ebola to the United States, we are announcing travel restrictions in the form of additional screening and protective measures at our ports of entry for travelers from the three West African Ebola-affected countries. These new measures will go into effect tomorrow.

Last week, with the Centers for Disease Control and Prevention, DHS implemented enhanced screening measures at five airports around the country – New York’s JFK, Newark, Dulles, Atlanta and Chicago. Passengers flying into one of these airports from flights originating in Liberia, Sierra Leone and Guinea are subject to secondary screening and added protocols, including having their temperature taken, before they can be admitted into the United States. These airports account for about 94 percent of travelers flying to the United States from these countries. At present there are no direct, non-stop commercial flights from Liberia, Sierra Leone or Guinea to any airport in the United States.

Today, I am announcing that all passengers arriving in the United States whose travel originates in Liberia, Sierra Leone or Guinea will be required to fly into one of the five airports that have the enhanced screening and additional resources in place. We are working closely with the airlines to implement these restrictions with minimal travel disruption. If not already handled by the airlines, the few impacted travelers should contact the airlines for rebooking, as needed.

We currently have in place measures to identify and screen anyone at all land, sea and air ports of entry into the United States who we have reason to believe has been present in Liberia, Sierra Leone or Guinea in the preceding 21 days.

Yesterday I had a conference call with our CBP officers at the five enhanced screening airports. I was impressed by their professionalism, and their training and preparation for the enhanced screening. I reminded our CBP officers to be vigilant in their efforts, and encouraged them to set a calm example for an American public nervous about Ebola. I thanked these men and women for their service.

We are continually evaluating whether additional restrictions or added screening and precautionary measures are necessary to protect the American people and will act accordingly.

White House Press Secretary Josh Earnest said Tuesday screening measures for Ebola symptoms are also being used at seaports where people from West Africa routinely enter the U.S. He also said although the White House supports the new measures being implemented by DHS, a travel ban from West African countries is still not being considered.

"Our views on the travel ban have not changed," Earnest said. "A travel ban would only serve to put the American people at greater risk."

Again, keep in mind people carrying Ebola don't show symptoms during the incubation period and therefore can easily get around enhanced screening measures at designated international airports. Thomas Eric Duncan, the man who died from Ebola in Dallas, didn't have any symptoms when he returned to the U.S after a trip to Liberia.