President Obama on Appointing an Ebola Czar: A Point Person Might Be Helpful 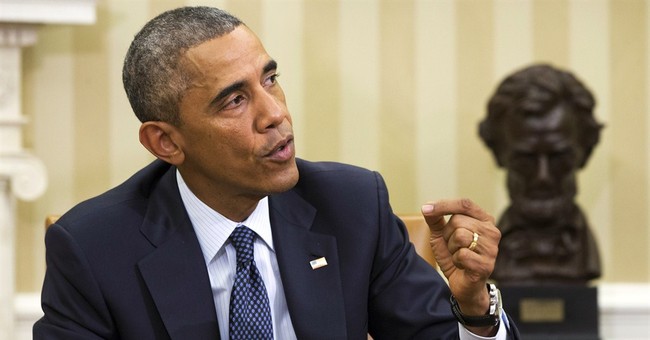 As the crisis with Ebola continues to get worse, President Obama seems to be seriously considering appointing an unaccountable, unelected "Ebola Czar" to handle the situation.

Speaking from the White House Thursday night, Obama said a "point person" on Ebola might be helpful.

He said his team of Ebola advisers is doing "an outstanding job." But he said several of them, including Centers for Disease Control director Thomas Frieden and Lisa Monaco, his top counterterrorism adviser, are also confronting other priorities. He noted that Frieden is also dealing with flu season and Monaco and national security adviser Susan Rice, with the Islamic State extremists in the Middle East.

"It may make sense for us to have one person ... so that after this initial surge of activity we can have a more regular process just to make sure we are crossing all the Ts and dotting all the Is," he said.

Isn't CDC Director Tom Frieden supposed to be the "point person" on this whole thing? What about Health and Human Services Secretary Sylvia Burwell? President Obama says he has full faith in confidence in Frieden and others handling the situation, so why the need for someone else to take over? There is no need to add another bureaucrat to this problem and will only make things worse.

Meanwhile, Obama is still refusing to use his pen to implement a travel ban to and from Ebola stricken countries in West Africa.

Obama also said he is "not philosophically opposed" to a travel ban from the Ebola-afflicted region of West Africa "if that is the thing that is going to keep the American people safe." But he said such a measure could be counterproductive.