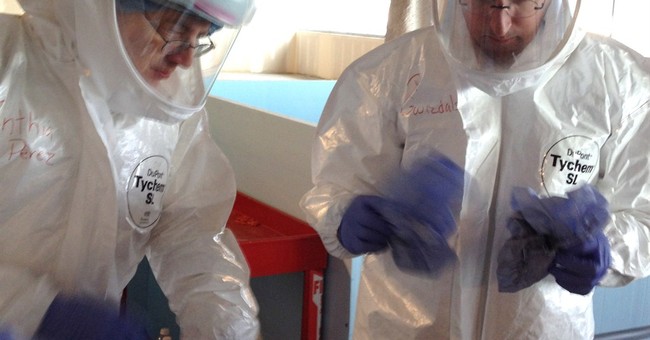 Under direction and guidance from the White House, the Department of Homeland Security has implemented new screenings for Ebola symptoms at airports in the United States. Many details about new procedures haven't been provided, but we do know officials will be taking temperatures of incoming passengers in an effort to stop the spread of the disease.

"These additional screening measures will involve personnel from Customs and Border Protection, from the Coast Guard and CDC officials will also be on hand if a response is necessary so this is going to be an inter-agency effort," he said.

Earnest said he didn't have any specifics about who will be taking the temperatures of incoming passengers or what will happen to those people if they do have temperatures. When asked about why new procedures have been implemented at this time, Earnest said that although the White House is confident old procedures have worked to stop an outbreak, extra caution is being taken.

"We continue to have lot of confidence in the screening measures that have been in place for some time and the performance of those screening measures is evident based on the success that we've had in preventing an outbreak here in the United States. Again, because of the screening measures in place, because of our medical infrastructure that we have in place, we think that the risk of an outbreak here in the United States is exceedingly low," Earnest said. "We do believe the screening measures that we have put in place have been effective in protecting the American public. In this case after some thought and evaluation of the systems we do have in place, our security professionals determined that there were additional steps that we could take to further strengthen the safety of the American public without causing a significant disruption to the broader traveling public."

Information about what is being done to protect officials taking temperatures and fellow passengers who may have come into contact with infected people during flights hasn't been provided. Details about protecting medical personnel and those working on screening at the airports have not been released.

The man with the first case of Ebola in the United States, who died earlier today, didn't have a temperature or other symptoms of Ebola when he left Liberia and landed in Dallas.

Earnest said he isn't aware of any new requests to Congress for funds to set up these extra screenings at airports.