Former Israeli Ambassador Yoram Ettinger: The Goal of Israel Should Never Be Ceasefire 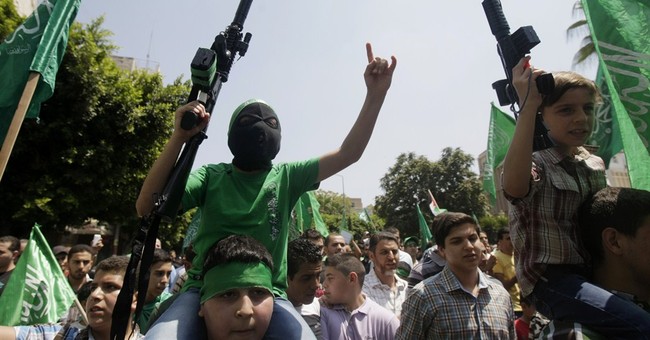 JERUSALEM - The current ceasefire between Israel and Hamas has been extended for an additional 24-hours as negotiations surrounding a long-term peace agreement between the two sides continue in Egypt.

Speaking in an interview with Townhall and members of the National Religious Broadcasters last night, former Israeli Ambassador to the United States Yoram Ettinger said that until Israel has finished necessary attacks against Hamas resources, including on tunnels and missile launch sites, the job against the terrorist organization is not done.

"Some thirty plus tunnels were destroyed by Israel. I have no doubt, no doubt, that since we, so far, have not chosen to go deeper into Gaza that there are definitely are many more tunnels in Gaza and therefore this is still an unfinished agenda, unfinished business," Ettinger said. "Not only that, there are hundreds of underground manufacturing facilities for the missiles, especially for the long range missiles. They not only rely on smuggling in, they're also manufacturing and the manufacturing facilities are underground just like their headquarters, just like their inventories."

Ettinger stressed that the discovery of extensive tunnels from Gaza to Israel was a bi-product of a larger goal for Israel against Hamas, which includes destroying the main missile and rocket launching capabilities underground, in neighborhoods and near or in schools and hospitals. He also said that until those capabilities are completely destroyed, Israel should not be agreeing to any kind of ceasefire deal.

"The aim of the war, the goal of the war as far as I have seen was not to take of the tunnels, this was absolutely not part of the initial goal of the war. The initial goal of the war was to take care of their launching capabilities, of their missile capabilities and in that respect my position has been not only from day one of this war but for number of years that the goal of Israel should never be ceasefire, the goal of Israel should always be the annihilation of the infrastructure of fire and when I say infrastructure I mean especially the ideological and political as well as the military and the manufacturing," he said. "This unfortunately has not been obtained yet."

Editor's note: I am in Israel on a trip being sponsored by the National Religious Broadcasters and hosted by the Israel's Ministry of Tourism.