Majority: Yes, The Unaccompanied Child Crisis on The Border is Obama's Fault 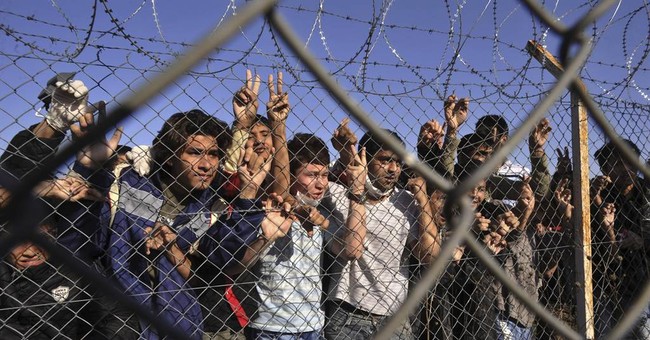 As the unaccompanied child crisis on the border continues to get worse with no signs of stopping, a new poll from IBD/TIPP shows the majority of Americans blame President Obama for the ongoing disaster.

The poll found that 59% of those closely following the immigration crisis agree that "current administration policies and lack of focus on securing the border" are behind the human tide of illegal crossings. Six in 10 say that the children should be ordered to leave the country.

And this is perhaps the worst news for the Obama administration: the American people are also holding the White House responsible for the IRS cover-up and the crisis in Iraq.

President Obama Deferred Action Program (DACA) has been largely blamed for encouraging illegal immigration into the United States. It was reported Tuesday an 11-year-old boy from Guatemala was found dead after trying to enter the United States illegally. The phone number of the boy's brother, who is living in Chicago, was sewn into his belt. Yesterday, President Obama announced he will do what he can without Congress to implement immigration policy changes.