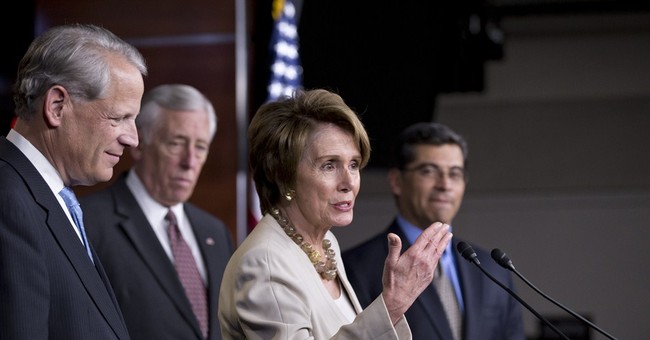 In case you missed it last night, Democrats and Republicans in the House of Representatives voted 250-168 to hold Lois Lerner in contempt of Congress. Guess who bailed out on the vote? Former Madam Speaker Nancy Pelosi. More from The Hill:

She was, however, at a Democratic Congressional Campaign Committee fundraiser attended by the president and roughly 90 guests at the home of Disney Chairman Alan Horn in Bel Air, Calif., according to a White House pool report.


Pelosi also failed to cast a vote on a resolution asking the Department of Justice to appoint special counsel to investigate the IRS scandal.