Veterans of Iraq and Afghanistan Wars Have Low Approval of Obama 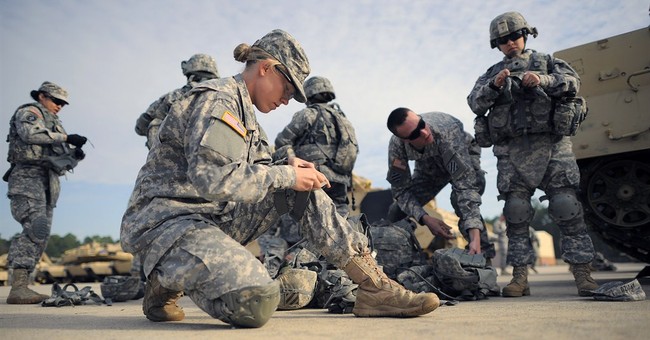 Here's a statistic you don't hear much about from the mainstream media: 73 percent of troops deaths in Afghanistan have occurred under President Obama's watch thanks to new rules of engagement. More from CNSNews:

In total, 2,144 U.S. military personnel have given their lives fighting in and around Afghanistan as part of Operation Enduring Freedom.

1,575 of the U.S. military personnel who have sacrificed their lives in this cause were killed during the presidency of Barack Obama.

That means 73 percent of the casualties in the Afghan War have happened on Barack Obama’s watch.

Under President George W. Bush, from 2001 until Jan. 20, 2009, 569 U.S. military personnel were killed in and around Afghanistan fighting in Operation Enduring Freedom.

And here is a chart that includes the 2014 casualties so far:

Now, a new poll from the Washington Post and the Kaiser Family Foundation shows Iraq and Afghanistan war veterans do not view President Obama favorably and have a much high approval for former President George W. Bush.

The poll also indicates moral in our armed forces is very low and shows treatment of returning veterans is "not so good."