It’s Not Just the VA: Systemic Weaknesses Plague Government Agencies Across the Board 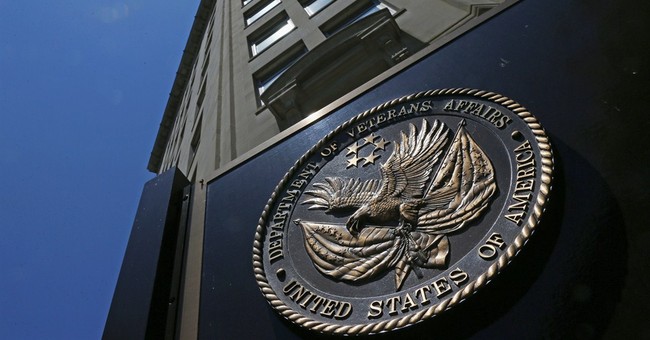 Headlines broke in April surrounding an investigative report that revealed 40 veterans had died waiting for appointments at the Pheonix Veterans Affairs Health Care System. Further examination affirmed that this was not a singular instance, but rather a widespread case of bureaucratic corruption.

Between the falsification of waiting lists, the retaliation against whistle blowers, and VA Secretary Eric Shinseki’s resignation, all eyes have been on the VA the past few months. Should it come as a surprise, then, that numerous commissions, GAO investigations, hearings, and IG reports previously spoke to the inefficiencies of the VA? Nothing was done about this deep, institutional problem until it was too late.

Peter Schuck, Professor Emeritus of Law at Yale Law School, has written a book titled “Why Government Fails So Often: And How It Can Do Better” which chronicles the deep structural flaws that undermine the vast majority of federal agencies. Though the VA is a perfect case study for what he describes in his book, Schuck analyzes a large number of domestic programs and develops criteria for assessing their effectiveness.

At last week’s “Fixing the US Department of Veterans Affairs” panel at the American Enterprise Institute, Schuck outlined several features that contribute to the defective nature of large government service programs:

1. Ever-increasing budgets: In the case of the VA, the budget has doubled in real terms over the past 10 years. Big government agency budget hikes are often driven by demographics and interest group politics.

3. Outdated information systems: The storage of information is often antiquated and is usually paper driven. Record keeping is chaotic and files are lost. Additionally, the data relied upon to formulate policy is almost invariably much poorer than the data private market actors use to inform their decisions.

4. Rigid conditions for workforce: Schuck describes these government programs as having “rules so rigid, they would make a strong union blush.” It is very difficult to discipline workers and nearly impossible to fire them. If a problem arises, employees are often simply relocated.

5. Workforce size: The number of employees in these programs are not commensurate with the demands that are placed on them. Demand for service increases as qualifications for benefits ease.

6. Benefits take the form of entitlements: This reduces the amount of discretion that policy makers can exercise when adjusting benefits to accommodate emerging needs and changing costs.

7. Growing resistance of private actors to participate as contractors or workers: The programs are poorly managed and the reimbursement formulae are too often outdated and inflexibly managed.

8. Strong resistance to change: Implementation of reform is impeded by systematic obstacles that are deeply embedded in our governmental system. In terms of the VA, it is almost impossible to relocate a hospital to an area where veteran needs are far more pressing.

9. Fraud, waste, and abuse: Corruption as an extreme form of fraud is endemic and occurs in all of these agencies to some considerable degree.

10. Incentives: The incentives that drive these agencies are often very perverse. The objective of officials is often not to serve the goals of the program, but rather to achieve “bureaucratic objectives that are congruent only on occasion with the public interest that they’re supposed to serve.”


These problems are structural and have little to do with which party is in charge in Washington. Schuck aims to identify the endemic pathologies at large government agencies in order to take appropriate steps toward reform.

Watch Peter Schuck discuss his book on "The Daily Show" with Jon Stewart: