Conservative Victory: A Look at 5 Significant Supreme Court Cases of This Term 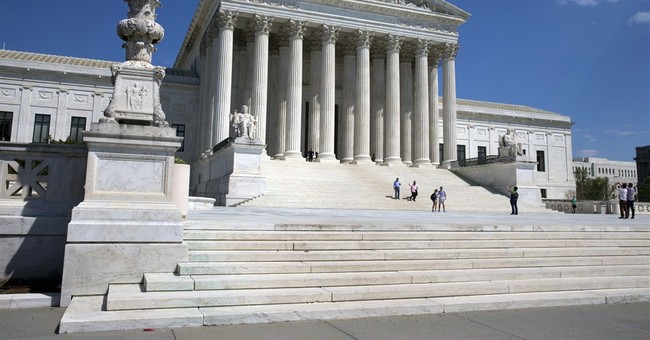 The Supreme Court ruled unanimously that President Obama had overstepped constitutional authority by making high-level government appointments without consent of the Senate. The president claimed that his authority to appoint officials during this time was pursuant to the Recess Appointments Clause. The Court held that this clause allows the president to make appointments only if the Senate is unavailable. At this particular time, the Senate was not technically in recess and was actually holding pro forma sessions every three days.

“Presidents have made recess appointments since the beginning of the Republic. Their frequency suggests that the Senate and President have recognized that recess appointments can be both necessary and appropriate in certain circumstances. We have not have not previously interpreted the [Recess] Clause, and, when doing so for the first time in more than 200 years, we must hesitate to upset the compromises and working arrangements that the elected branches of Government themselves have reached.”

SCOTUS struck down a Watergate-era cap on individual campaign contributions in this First Amendment rights case. The limits on the total contributions a donor can give to candidates, political action committees, and party committees per election cycle was officially lifted. Echoing 2010’s “Citizens United” case, which overturned constraints on corporate campaign contributions, the Court’s more conservative members ruled in the majority.

“Constituents have the right to support candidates who share their views and concerns. Representatives are not to follow constituent orders, but can be expected to be cognizant of and responsive to those concerns. Such responsiveness is key to the very concept of self-governance through elected officials.”

Since the Supreme Court ruled in 1983 that legislative prayer does not violate the Establishment Clause of the First Amendment, it was a surprise that Town of Greece v. Galloway was a slim 5 to 4 decision. In this similar case, the High Court once again held that legislative bodies such as city councils can begin their meetings with a prayer. It should be noted that the prayer can explicitly represent a particular faith and the town does not discriminate against minority religions.

"The decision concluded that legislative prayer, while religious in nature, has long been understood as compatible with the Establishment Clause. As practiced by Congress since the framing of the Constitution, legislative prayer lends gravity to public business, reminds lawmakers to transcend petty differences in pursuit of a higher purpose, and expresses a common aspiration to a just and peaceful society."

In this complicated ruling, SCOTUS decided that states are free to prohibit considerations of race and sex in university admission processes. It was ruled that the Equal Protection Clause of the Fourteenth Amendment is not violated when a state bars a college from discriminating and/or granting preferential treatment to students based on these factors.

“‘The Constitution proscribes government discrimination on the basis of race, and state-provided education is no exception’...It is precisely this understanding – the correct understanding – of the federal Equal Protection Clause that the people of the State of Michigan have adopted for their own fundamental law. By adopting it, they did not simultaneously offend it.”

An HHS mandate of the Affordable Care Act was struck down as the Supreme Court ruled in what was perhaps the most anticipated decision of this term. The case brought into question the religious rights of corporations such as Hobby Lobby and Conestoga Wood Specialties Corp. It was decided that closely held for-profit businesses can not be forced to provide contraceptive coverage that conflicts with their religious beliefs.

“The owners of the businesses have religious objections to abortion, and according to their religious beliefs the four contraceptive methods at issue are abortifacients. If the owners comply with the HHS mandate, they believe they will be facilitating abortions, and if they do not comply they will pay a very heavy price – as much as $1.3 million per day, or about $473 million per year, in the case of one of the companies. If these consequences do not amount to a substantial burden, it is hard to see what would.”