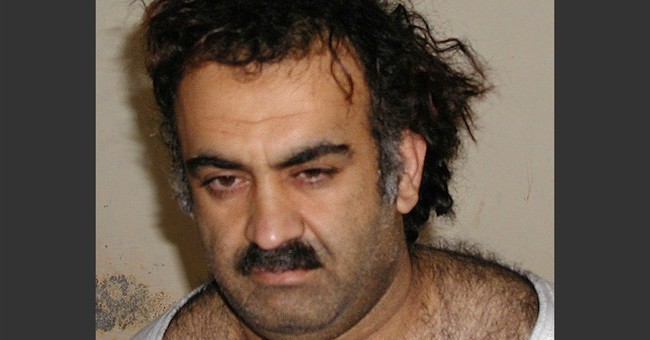 Jose Rodriguez is a retired CIA officer who devoted his 31-year career to gathering intelligence and protecting Americans.  He spent decades as a covert operative, serving as CIA station chief in four countries.  Upon his return to Washington, Rodriguez rose through the ranks to ultimately lead the Agency's global clandestine service.  After 9/11, the CIA asked him to help run the on-the-fly reconstruction of its counterterrorism operations.  He was a central player in overseeing the Agency's enhanced interrogation program against high value detainees, as well as the administration of its secret network of "black site" prisons.  In 2012, he authored Hard Measures: How Aggressive CIA Actions After 9/11 Saved American Lives.  The contents of that book are more relevant than ever following the release of Senate Democrats' partisan report on so-called "torture."  I interviewed Mr. Rodriguez for the full hour of my radio program last weekend.  Below is a partial transcript of our exchange.  On the threat matrix and crisis atmosphere after 9/11:

“Beginning in the spring of 2002, we started to see that we needed to change our approach because we were facing tremendous risks and threats of a second wave of attacks coming our way. We knew that the Pakistanis were helping Al Qaeda develop some type of nuclear bomb. We knew that Al Qaeda had a biological weapons program that they wanted to use against us. All of these threats were coming to us, and we had general intelligence. We didn’t have specific intelligence on what was coming. And it was very difficult and very hard because we felt that we were going to get whacked again…The reason that we put the enhanced interrogation program together was because in March of 2002 we captured Abu Zubaydah, who was the highest level Al Qaeda detainee ever in our custody. We knew that he had information regarding a second wave of attacks. He was severely wounded when he was captured…he had provided some useful intelligence at the outset, but once he regained his strength, he stopped talking…we felt like if we didn’t do everything we could to get that information from him, and another devastating attack would come to our shores, we would have blood on our hands. We knew that we had to put a program together that was different from what we’d done before.”


On the nature and purpose of "enhanced interrogation techniques:

“It’s psychological. I agree with those who say the use of force is counterproductive in interrogations, and doesn’t work, and is actually probably torture. The reasons that ours worked is because it was not about hurting anybody. It’s about psychologically manipulating them so that they would conclude on their own that they were better off cooperating with us…we had physicians at the black site [CIA prisons] who were monitoring all of this…There were only ten techniques that were approved, and [“rectal feeding” and threats] were not approved. We didn’t use that, and if we did, it was a violation of the rules. There were some people that violated the rules, and they were punished for is. In any endeavor like this, you’re going to find people who do not follow the rules.”

“The way that it works is the prisoner is strapped to a board that is slightly inclined, with the head down, and water is poured over the mouth and the nose. And there’s a rag over his mouth and nose. And the effect that it has is it simulates drowning, although it isn’t drowning. But let me tell you one important thing about our waterboarding technique – because we have all seen Sen. John McCain on TV saying that waterboarding is torture, and talking about the Spanish inquisition and the Japanese during World War II. Our waterboarding technique has nothing to do with the water techniques used by the Spanish during the Inquisition or the Japanese. It is based on a military training program called SERE. It basically prepares US servicemen for what to expect if taken prisoner. Pursuant to this program, tens of thousands of US servicemen have gone through it, and have been waterboarded. So if waterboarding is torture, so how come we haven’t indicted the trainers who have participated over the years in waterboarding our own American servicemen? … On 9/11, five of the [airline] pilots that were killed were waterboarded when they were in the US military. That’s pretty ironic. As I said, waterboarding is based on a technique that we use against our own servicemen to train them, and that is why the Justice Department did not find it to be torture.”

“First of all, Abu Zubaydah recovered from his wounds because we brought the best doctors from the US to treat him. Because of our care, he was able to recover. It became evident that he was not going to say anything else…we knew that we had to get information that he had regarding future planned attacks. We also knew that the old techniques – the law enforcement techniques – in which you build rapport with the detainee were not working because we had a problem with timing. Those techniques may work if you have all the time in the world…[AQ detainees have] a religious motivation. They are extremists. And they don’t really care.”

[After AZ broke] ... “He told is, ‘you have to use the waterboarding technique on all he Brothers.’ And the reason why was that all of these detainees felt a need to protect the information that they had. Almost a religious need. And we had to give them a way out. A way to justify them finally agreeing to give us information. So he basically said, ‘look, you will do the Brothers a favor if you put them through so much pressure that Allah would not expect you to resist, and eventually they will be able to become compliant.’ And that’s what happened. He became complaint, and he actually became very, very helpful. We disseminated about 800 reports just from him, on Al Qaeda, on the leadership structure, on their finances, their funding, their methods of attack, their targets, and their sensitive programs like their nuclear and anthrax programs. We learned enough from Abu Zubaydah that we were able to finally track down Khalid Sheikh Mohammad, using all sorts of different intelligence disciplines. That was the biggest coup of them all: Capturing the chief of operations of Al Qaeda, the person responsible for the 9/11 attacks, and the person who was planning a second wave of attacks. The two of them, AZ and KSM, were very valuable and provided, at one point, almost half of all of the intelligence obtained through our interrogation program. They were the hardest detainees as well.”


On saving lives and getting Bin Laden:

“I think most people don’t know that the 9/11 attacks were supposed to be simultaneous attacks on both coasts of the US,” Rodriguez told me, explaining that Osama bin Laden rejected the expanded plan as too complicated. “After 9/11, KSM started to plan for the second wave of attacks, which were aimed at targets in California and the west coast.” Those attacks were being planned and carried out by Al Qaeda's affiliate in the far east, and was to feature a a 17-person cell. “Because of information from Abu Zubaydah and another detainee…we were able to track [AQ’s Asian point person] down. We found him in Thailand. One of these days, they’re going to make a movie about this operation because it was incredible,” Rodriguez recalled.  The much-feared "second wave" assault had been thwarted, saving untold American lives.  EIT's also helped crack the code regarding bin Laden's whereabouts, the key to which was a courier named 'al-Kuwaiti:'

“Khalid Sheikh Mohammad initially told us that he didn’t know who al-Kuwaiti was. He had actually been compliant, telling us all kinds of stuff. We knew he was lying, and we knew that was significant. Why was he protecting this information? … and then – and this is why those black sites were so valuable – we intercepted a message that he sent to his fellow detainees at the black site. We were reading their clandestine [correspondence]; they didn’t know it. [KSM’s message] said, ‘do not say anything about the courier. Our targeting analysts back at home understood then and there that the key to bin Laden was the courier. And through incredible work over many years…we were finally able to track the courier to Abbotabad, [Pakistan].”

“It’s all political. It’s all ideological. And it is their narrative – the narrative of this administration, which is totally false, and in my view, very dishonest."  Rodriguez confirmed that Democratic investigators did not contact a single CIA official connected to the interrogation program in assembling their report.  "No one who was there during this period – directors, deputy directors, lawyers, analysts, operators – nobody was ever contacted and asked about these programs.”  Rodriguez also affirms that Congress was routinely briefed, on a bipartisan basis, about the program: “I was there, and I did some of the briefing myself. I briefed Nancy Pelosi, for example, and I met with different Senators and Congressmen. We had a number of people do the same over the whole period between 2002 and 2009, while the program was in existence.”


On why the Senate report is so irresponsible:

“Thank you for giving me the opportunity to actually talk about this. It is important because we might come under another tremendous threat like we did, and we may need to do something like this again, so it is important for us to be truthful and honest about what really happened.”


The full show will re-air this coming weekend.