Another Poll: Americans Say Tough CIA Interrogations After 9/11 Were Appropriate 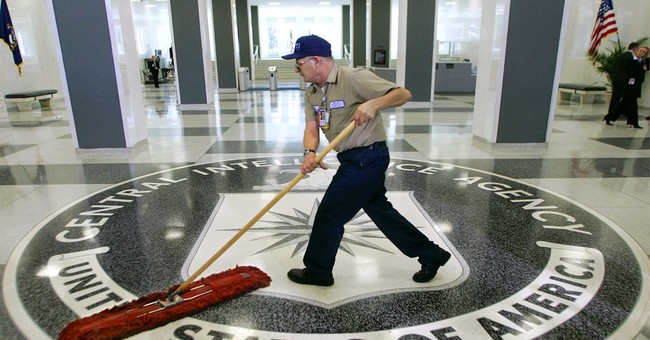 After days of brow-furrowed, self-righteousness analysis from much of the national media over Senate Democrats' tendentious and dishonest "torture report," poll after poll has shown that the American people aren't eager to join the anti-CIA mob. The latest, from NBC/WSJ: 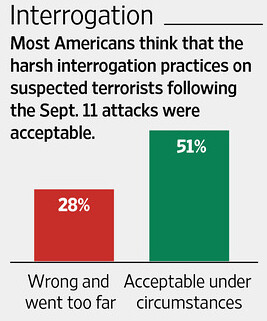 Fewer than three in ten Americans are willing to second-guess the intelligence community's use of harsh techniques in questioning captured terrorists in the wake of 9/11's deadly attacks.  Most people's memories of the fear and chaos of that time are fresh enough to give the CIA the benefit of the doubt.  Plus, Dianne Feinstein's squad did themselves no favors by refusing to interview a single person at the CIA who oversaw or carried out the EIT program, an indefensible shortcoming exposed in this op/ed by a group of former high-ranking officials at the agency.  Among those they declined to consult is Jose Rodriguez, a 31-year CIA veteran who ran the agency's clandestine operations at the peak of his career, and who assumed a major counterterrorism role shortly after the devastating attacks of 2001.  Rodriguez will appear on my radio program this weekend, for the full hour.  I will post a partial transcript of our discussion here at Townhall next week.  Other highlights from the NBC/WSJ poll:

(1) President Obama's approval rating has rebounded over to (45/50), much better than other recent polls have shown.  His approval on the economy is slightly underwater, while he remains in deep trouble on foreign policy and immigration.

(2) "[T]he nation shows weariness of President Barack Obama , with more than 70% saying the next president should take a different approach from the current one," the WSJ writes, noting that Republicans now hold a very slight (40/38) edge on 'next president' preferences.

(3) Seventy-one percent of respondents agreed that voters sent Obama a message in November, but a 55 percent majority believes he hasn't received, or has actively ignored, that message.  Only 16 percent say he's changing his policies and behavior in response to Democrats' electoral beating.

Republican victories in the midterm elections have translated into an immediate boost in the party’s image, putting the GOP at its highest point in eight years, according to a new Washington Post-ABC News poll. The spike in the party’s standing comes after Republicans picked up nine seats to take control of the Senate, raised their numbers in the House to the highest level in more than half a century and added new governorships to its already clear majority. In the new poll, 47 percent say they have a favorable impression of the Republican Party, compared with 33 percent in the month before the midterm elections. An equal percentage have an unfavorable view, which marks the first time in six years that fewer than half of Americans said they saw Republicans negatively. The improved standing reverses a lengthy period in which the public had given Republicans declining and, ultimately, historically low ratings.


Bloomberg has picked up on this trend as well.