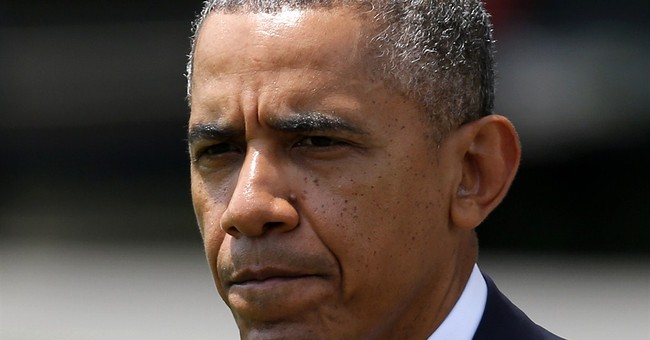 President Obama's job approval and favorability ratings have sustained a nasty beating in recent days, with a trifecta of polls released last week reflecting record lows on the latter measure. Now, fresh numbers on two specific issues underscore the level of distrust this administration has engendered among the American people. CNN is out with a brand new survey on Benghazi, which coincides with both Hillary Clinton's book tour and ongoing preparations for Congress' Select Committee on the subject. The top take-away:

The public breaks down along similar lines (37/60) on the question of overall satisfaction with the White House's response to the issue, indicating that Americans absolutely don't believe that every question has been adequately addressed. The administration has waved it away as a "phony scandal" while withholding relevant documents from Congress. It has failed to bring any of the attackers to justice nearly two full years after the coordinated terrorist attack -- the nature of which was deliberately misrepresented to the American people, and details of which are still emerging to this day. Hillary Clinton's marks on Benghazi are only marginally better than Obama's, with a (43/55) majority disapproving. Democrats' Republican witchhunt! flailing hasn't taken root, either:

On a separate national security-related issue, the American people remain firmly opposed to President Obama's ideological obsession with shuttering the terrorist detainment center at Guantanamo Bay. Via Gallup, this is what stability looks like: 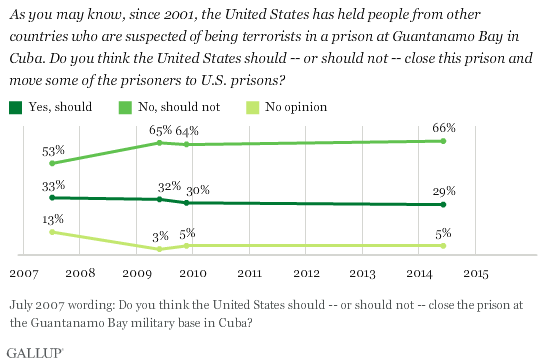 The closest those lines ever got was that 20-point spread, back around the nadir of Bush doldrums. Ever since Obama took the reins, it's been a two-thirds issue --- against his stated position. If anything, I'm slightly surprised that the numbers haven't become even more lopsided after Obama released five high-risk Taliban commanders as part of the unpopular Bergdahl swap. Now seems like an especially horrific time to hand terrorists in the region a PR victory and a replenishment of their tactical leadership. Then again, 29 percent is just about the basement for any Obama policy. I'll leave you with this, which isn't parody: