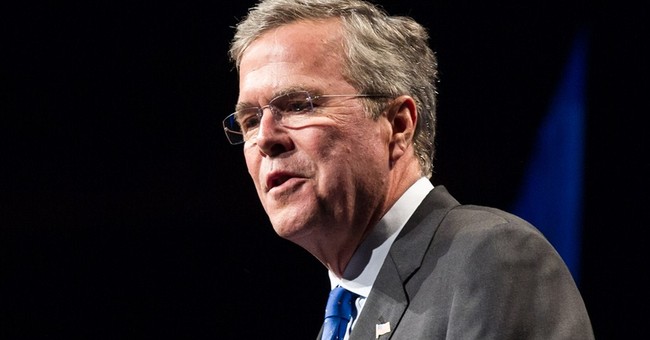 The latest Washington Post-ABC News survey is almost laughably skewed towards Democrats. The D/R/I split is 34/21/32—or D+13. But maybe the poll is instructive nonetheless. Like CNN/ORC’s latest offering, which we wrote up here, Hillary Clinton struggles on a number of internal polling questions. Asked whether they approved or disapproved of the way she was handling a series of scandal-related issues, respondents were, by and large, rather unimpressed.

Meanwhile, on the other side of the political divide, the race is much tighter:

Jeb Bush, for his part, takes the cake. But if the general election were held today, Hillary Clinton would still beat him (49/41), even though he's Republicans’ top choice at the moment, according to this poll.

However, in order to stave off feelings of cynicism, I’ll leave you with this:

Clinton’s favorability ratings are the lowest in a Post-ABC poll since April 2008, when she was running for president the first time.