Bobby Jindal: "Senator Paul is Unsuited to be Commander-in-Chief" 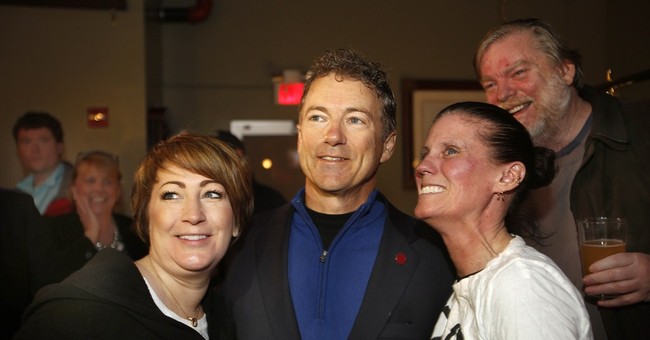 Shortly after Sen. Rand Paul (R-KY) blamed hawkish and pro-interventionist Republicans for the rise of ISIS in a television interview on Wednesday, Gov. Bobby Jindal (R-LA) responded in kind, mincing no words and showing no mercy towards his fellow Republican.

Jindal, who is almost certainly running for president in 2016, blasted the Kentucky senator in a statement for adopting what he uncharitably described as both “illogical” and “liberal” arguments.

"This is a perfect example of why Senator Paul is unsuited to be Commander-in-Chief,” he declared. “We have men and women in the military who are in the field trying to fight ISIS right now, and Senator Paul is taking the weakest, most liberal Democrat position.”

“We should all be clear that evil and Radical Islam are at fault for the rise of ISIS, and people like President Obama and Hillary Clinton exacerbate it,” he added. “American weakness, not American strength, emboldens our enemies. Senator Paul's illogical argument clouds a situation that should provide pure moral clarity. Islam has a problem. ISIS is its current manifestation. And the next President's job is to have the discipline and strength to wipe ISIS off the face of the earth. It has become impossible to imagine a President Paul defeating radical Islam and it's time for the rest of us to say it."

Oof. Meanwhile, Sen. Paul has also recently embarked on a crusade of sorts to allow the Patriot Act to expire, infuriating both members of his own party and the current administration. So, it would seem he's just making all sorts of political enemies nowadays, huh? Don't expect that to change, either.