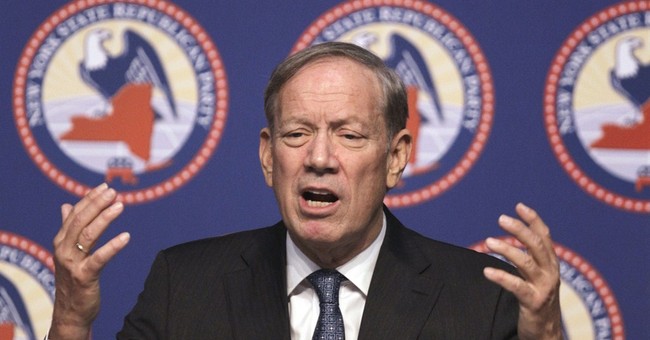 One question routinely debated and discussed among the beltway establishment is the following: How can little-known and unserious Republican presidential candidates win the 2016 nomination? Can they?

For instance, if former Gov. George Pataki (R-NY) were to compete in the 2016 primaries (as appears to be the case) and defy the odds of winning (which he certainly won’t), how would he do it? What issues would he talk about?

Well, judging by comments he recently made to the New York Post, the former governor hopes to defy the odds by discussing … conservationism?

Former New York Gov. George Pataki will officially launch his bid for president on Thursday, he told the New York Post this week.

"It will be a very stiff climb up a very steep mountain, but that hasn't stopped me in the past," Pataki said.

He framed himself in the mold of another former New York governor-turned-president, Theodore Roosevelt, emphasizing his commitment to environmental protections.

"I'm a Republican following in the tradition of Teddy Roosevelt who understands that conservatism isn't just economic policy but it's also preserving and enhancing the outdoors," Pataki said.

Good grief. Yeah, “enhancing the outdoors” ought to strike a real chord with the Republican base. Lest we forget, these kinds of issues barely register in the hearts and minds of the American people, let alone Republicans. So Pataki will need to do more than just climb mountains to be taken seriously as a GOP contender; he'll need to actually move them.

Best of luck with that, Governor. The polls aren't looking good.