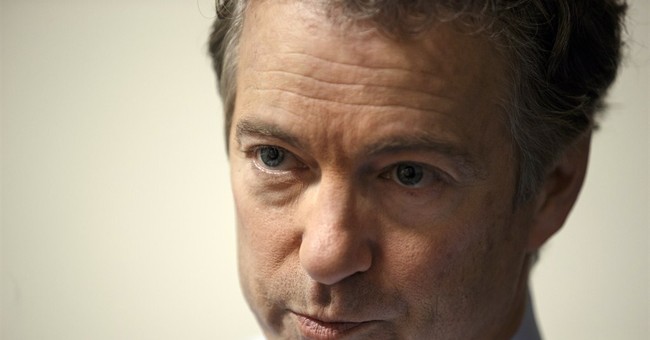 As far as I know Ted Cruz and Rand Paul are on friendly terms. But now that the former is all in in 2016 and the latter is soon to follow, that friendship could be tested as they both compete for the 2016 Republican presidential nomination.

In any case, on The Kelly File Monday night Paul responded to Cruz’s news-dominating announcement. And while he was not critical of his fellow conservative per se, he did underscore the key difference between them:

“I didn’t find much I disagreed with…We kind of come from the same wing of the party. And if you look at our voting records you’ll find that we’re very very similar. I guess what makes us different is probably our approach to how we will make the party bigger…I’ve spent the last couple of years trying to go to places Republicans haven’t gone. [I’m not] just throwing out red meat but actually throwing out something intellectually enticing to people who haven’t been listening to our message before.”

One example comes immediately to mind: Sen. Paul’s trip to Howard University two years ago as he alluded to in the clip. While the speech and Q&A session most assuredly did not go off without a hitch, he showed great initiative and courage visiting a historically black university that no Republican had set foot on for some twenty years. True to his word he took the conservative message to a community that, as evidenced at least by the last presidential election cycle, is generally unresponsive to conservatism and Republican principles. He therefore is at least trying to expand the party in ways that other candidates like Ted Cruz are not.

Sen. Paul has also been busy working with Democrats to pass legislation. For instance, his work with Sen. Cory Booker (D-NJ) on reforming our prison system and (along with Sen. Kirsten Gillibrand) legalizing medical marijuana are two initiatives that demonstrate his bipartisan chops. While Ted Cruz has (unfairly or not) been branded as a Tea Party extremist for "shutting down the government" against the wishes of his colleagues, Paul has been more diplomatic and collegial during his years in Washington. Let’s not forget that Paul himself also orchestrated a filibuster of his own. That filibuster, however, did not necessarily make him a persona non grata outside the party.

Paul and Cruz are both conservatives. But as Paul noted in the clip above, what makes him different from Cruz is that his base of support may, in fact, be a bit bigger given his libertarian-leanings and well-documented outreach efforts. This could give him a distinct advantage come primary season. We’ll see.