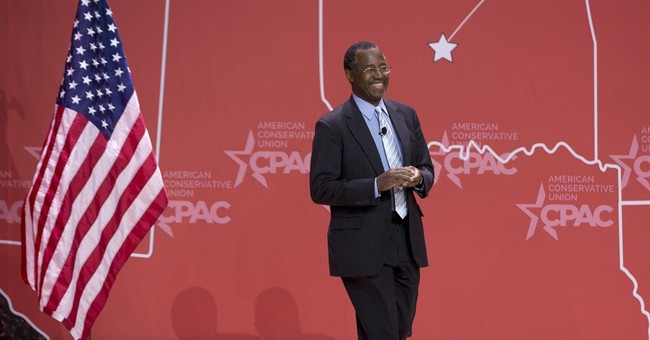 Dr. Ben Carson announced today that he has formed an “exploratory committee” to test the 2016 presidential waters. As part of that process, he has also released an accompanying video delineating the reasons why he is seriously thinking about taking the plunge:

“If I run it will be because it is not acceptable for us to be dismissed and ignored by Washington politicians who we entrusted to lead this country. While I don’t claim to have all the answers to every question that plagues us, I do have a passion to reach out, listen, and build common sense solutions.”

In other words, if Carson goes through with this, he will seek to win over voters as the anti-establishment, anti-politician, non-traditional candidate in the race. As a distinguished neurosurgeon and public speaker, he has already amassed a strong and devoted following. But he is making the right decision?

After all, now that longtime Sen. Barbara Mikulski (D-MD) will give up her seat in 2016, one wonders if he is. Jonah Goldberg, for his part, suggests Carson might have a greater impact on the direction of the nation as a senatorial candidate. He writes,

If he ran, I doubt he would get a majority of the black vote in Maryland. But I also suspect he’d do quite well in that regard. Certainly many black voters might just opt to stay home rather than vote against him. And I’d expect Carson to do fantastically well in western Maryland and other more conservative parts of the state. He could raise money nationally (maybe even roll over his presidential campaign money?), not just on his star status but also on the promise of flipping a safe Democratic seat in what will be a tough election year for Republicans. Virtually every Republican star in the country would happily campaign for him.

But there’s just one problem: he's not interested. His announcement today all but confirms this. It seems as though running for Senate hasn’t even crossed his mind.

Parting thought: Dr. Carson has never held political office before, and therefore it is very unlikely that he will win the nomination in 2016. This is just simple math and political reality. On the other hand, many candidates have run for a U.S. Senate without ever serving in government—and won. Elizabeth Warren is but one recent example. Just three years after she defeated incumbent Sen. Scott Brown (R-MA), she’s already considered by progressives to be a serious presidential contender in 2016.

Perhaps this is something the good doctor should at least bear in mind.