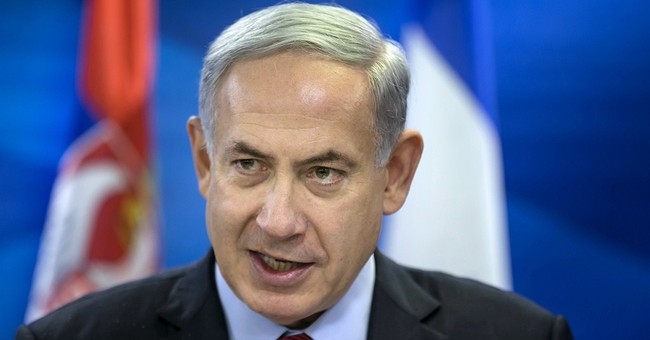 They see it as a slight -- an unpardonable, unforgiveable offense that is harming U.S.-Israeli relations. Or something.

The Times of Israel reports:

The White House’s outrage over Prime Minister Benjamin Netanyahu’s plan to speak before Congress in March — a move he failed to coordinate with the administration — began to seep through the diplomatic cracks on Friday, with officials telling Haaretz the Israeli leader had “spat” in President Barack Obama’s face.

“We thought we’ve seen everything,” the newspaper quoted an unnamed senior US official as saying. “But Bibi managed to surprise even us.

“There are things you simply don’t do. He spat in our face publicly and that’s no way to behave. Netanyahu ought to remember that President Obama has a year and a half left to his presidency, and that there will be a price,” he said.

Hold up. A foreign leader’s decision to accept a formal invitation to address members of Congress, by the US Speaker of the House, is equivalent to an act of pure insolence and disrespect? I don’t think so. After all, he was invited.

In fairness to the White House, however, they were not conferred at all about the impending visit (White House Press Secretary Josh Earnest called the invitation “a departure from...protocol”) and they will certainly not like what he has to say when he’s here. But that isn't the reason he will be denied a warm diplomatic welcome in March. No sir. We can thank politics for that.

Still, the White House is incensed for other reasons. They argue that with a big election around the corner, House Republicans are boosting Netanyahu’s chances of winning re-election by giving him a plum speaking slot right before Israelis head to the polls. Even so, shouldn’t the White House direct their threats of retribution at…House Speaker John Boehner (R-OH)? He’s the one who reportedly made the decision to invite Netanyahu without consulting a single Democrat.

It’d be interesting to know or find out who this so-called “Senior US Official” is barking threats at the leader of Israel, our only democratic ally in the Middle East. But I suspect the answer to that question will always remain a mystery.