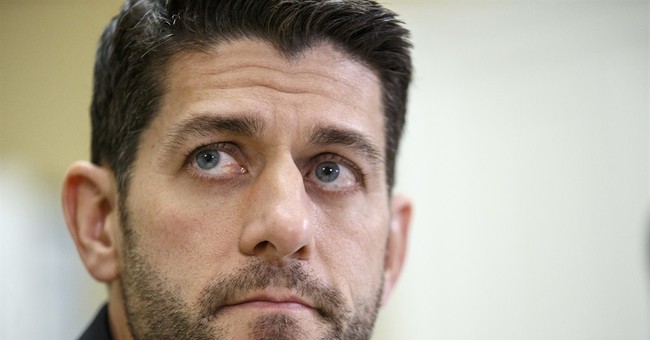 "Going into Boston that day, we felt like we had a pretty darn good chance of winning,” Paul Ryan said in an interview shortly after losing the 2012 presidential election. “So as you can imagine, it was a bit of a shock when we didn't win, but that's just the way these things go."

Indeed. But is he open to seeking the nomination in 2016? Nope, according to NBC News, who recently spoke to him by phone:

Wisconsin Rep. Paul Ryan, the Republican Party's vice presidential nominee in 2012, told NBC News in an interview Monday that he will not seek the presidency in 2016.

"I have decided that I am not going to run for president in 2016," Ryan said in a phone interview, noting that he is "at peace" with the decision he made "weeks ago" to forgo a bid for the White House.

"It is amazing the amount of encouragement I have gotten from people - from friends and supporters - but I feel like I am in a position to make a big difference where I am and I want to do that," he said.

Ryan is chairman of the tax-writing House Ways and Means Committee. He said the committee's work over the next few years will be crucial "and my job as chairman deserves undivided attention.

"It's clear our country needs a change in direction. And our party has a responsibility to offer a real alternative. So I'm going to do what I can to lay out conservative solutions and to help our nominee lead us to victory," he said.

Perhaps this is a wise decision. Currently, the 2016 field is ballooning in size with reports that Mitt Romney, of all people, is in all likelihood running for president again.

This of course would make things rather awkward for Ryan if he jumped into the race; he’d essentially be challenging his old boss (and mentor) for the most important job in America.

And yet, looking ahead to 2016, the presidential sweepstakes seems wholly different from the last election cycle. Frankly, the field in 2012 was not nearly as strong -- a candidate with no political experience, for example, was at one time the frontrunner -- so we should be grateful better candidates are hungry for the nomination. If the last 6-plus years have taught us anything, it’s that voters (hopefully) not only want to nominate a candidate who can win, but a candidate with executive experience.

Ryan, of course, doesn't have that kind of experience yet. But at least, as he himself has said, he's now "in a position to make a big difference."

Let's hope that he does.