Report: Japan to Issue (Another) Statement of "Remorse" 70 Years After WWII 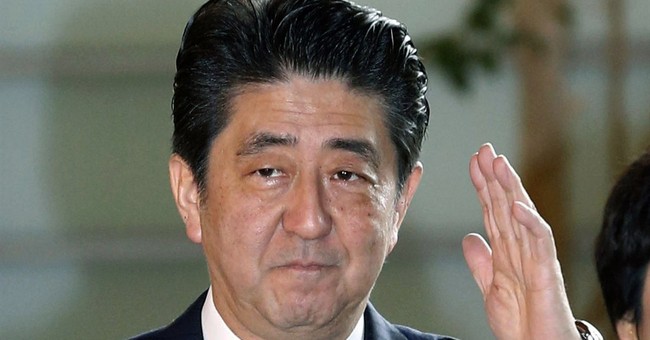 Believe it or not, it has been almost 70 years since World War II ended. And while the total number of people who either died or were killed before Japan unconditionally surrendered are staggering, there was cause for celebration when it finally did: The war was over. There would be peace.

But how have the wars’ perceived aggressors atoned for the damage they wrought? In 1995, for example, then-Japanese Prime Minister Tomiichi Murayama took a major step towards reconciliation by issuing a statement shortly after the 50th anniversary of V-J Day, apologizing for Japan’s “self-righteous nationalism” and expressing “deep remorse” for the war. Now, with another anniversary on the horizon, it’s up for debate how the Japanese government will continue to build on these earlier efforts to maintain peaceful relations with its former enemies. The Associated Press, however, provides us some tea leaves:

In a year that marks the 70th anniversary of World War II's end, a question weighs on the minds of policymakers in Asia and as far away as Washington, D.C.: What will Japanese Prime Minister Shinzo Abe say about his country's role in the war? At a year-opening news conference Monday, he sought to reassure the world that he wouldn't veer from past official statements on Japan's wartime responsibility. Many analysts have speculated that Abe, known for his nationalist views, might downplay Japan's responsibility for the war in a move that would roil relations with China and South Korea.

"The Abe Cabinet will uphold the general stance on history of successive prime ministers, including the Murayama statement," he said, referring to a 1995 apology made by then-Prime Minister Tomiichi Murayama on the 50th anniversary of the war's end. He said the government would draft a new statement "that includes Japan's remorse for the war," though he stopped short of saying it would again apologize. Abe spoke to reporters in the city of Ise after visiting an important Shinto shrine there. The statement is expected to be issued around the anniversary of the end of the war on Aug. 15.

The fact that Japan’s prime minister is already addressing these questions, seven months before the anniversary, suggests relations between Japan and her neighbors are still relatively raw. And while Japan wasn’t the only hostile actor during the war, a genuine statement of contrition could perhaps go a very long way towards cooling tensions in the region. We’ll see.