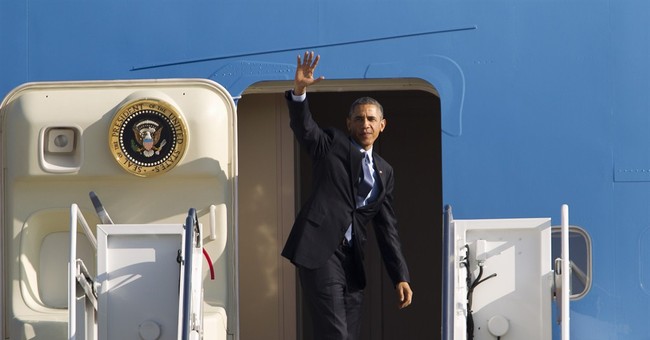 This is an historic diplomatic breakthrough, or so it would seem:

American officials say the U.S. and Cuba will start talks to normalize full diplomatic relations as part of the most significant shift in U.S. policy toward the communist island in decades.

Officials say the U.S. is also looking to open an embassy in Havana in the coming months. The moves are part of an agreement between the U.S. and Cuba that also includes the release of American Alan Gross and three Cubans jailed in Florida for spying.

Sources tell me the U.S. and Cuba will soon be establishing full diplomatic relations.

No doubt this is some kind of quid pro quo agreement:

From @MajorCBS: US Officials confirm US release of 3 Cuban intelligence officers but deny it's a spy swap because Alan Gross not a spy.

UPDATE: President Obama is going to make the announcement official at 12:00 EST. We will cover his remarks.

.@marcorubio to @AP: "This is going to do absolutely nothing to further human rights and democracy in Cuba." #Cuba

Senior Admin official says change in #Cuba policy comes in part as a result of complaints from other countries in hemisphere.

UPDATE: At least one Democratic Senator is not happy about the news:

Menendez: "Let's be clear: This was not a 'humanitarian' act by the Castro regime/It was a swap of convicted spies for an innocent American"

UPDATE: This is what "full diplomatic relations" looks like:

UPDATE: I spoke too soon. This is worth noting:

Embargo still in place, must be lifted by congress, per senior admin official. Travel ban remains. But more Americans will be able to go.

UPDATE: As is this:

Negoations between US and Cuba were hosted by Canada and by the Vatican. The Pope urged Obama and Castro to pursue closer relations.