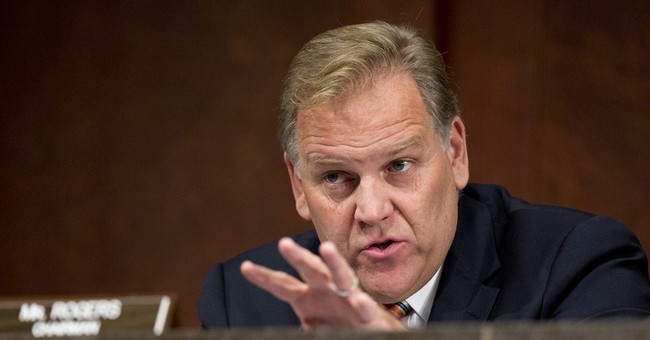 The release of this report has been in the works for many years. Republicans, of course, refused to participate in the investigation, so before you continue reading be aware that some have already shrugged it off as a partisan witch-hunt. The timing is certainly suspicious, too. Nevertheless, the revelations from the report are exceedingly disturbing, as captured in the must-read executive summary page.

On the techniques' overall effectiveness:

The Committee finds, based on a review of CIA interrogation records, that the use of the CIA's enhanced interrogation techniques was not an effective means of obtaining accurate information or gaining detainee cooperation.

On the kinds of techniques used:

Beginning with the CIA's first detainee, Abu Zubaydah, and continuing with numerous others, the CIA applied its enhanced interrogation techniques with significant repetition for days or weeks at a time. Interrogation techniques such as slaps and "wallings" (slamming detainees against a wall) were used in combination, frequently concurrent with sleep deprivation and nudity. …

The waterboarding technique was physically harmful, inducing convulsions and vomiting. Abu Zubaydah, for example, became "completely unresponsive, with bubbles rising through his open, full mouth.'" Internal CIA records describe the waterboarding of Khalid Shaykh Mohammad as evolving into a "series of near drownings."

On the “conditions” at "detention sites":

Conditions at CIA detention sites were poor, and were especially bleak early in the program. CIA detainees at the COBALT detention facility were kept in complete darkness and constantly shackled in isolated cells with loud noise or music and only a bucket to use for human waste. Lack of heat at the facility likely contributed to the death of a detainee. The chief of interrogations described COBALT as a "dungeon."

There are also three separate and additional sections about how the CIA lied to -- or misled -- the Department of Justice, members of Congress, and the White House. There are “20 points” listed in the executive summary page. As a result, I have only excerpted selectivity. So be sure to read the entire report here.

It’s also worth addressing, however, some of the concerns CIA officials and supporters of enhanced interrogation techniques have with it. For example, the report itself concludes these controversial methods were “not an effective means of acquiring intelligence” during the years in which they were employed. This is a contention CIA operatives say is a lie. Not surprisingly, these charges have been challenged by none other than Jose A. Rodriguez, who explained in a recent Washington Post op-ed he would know better than most because, well, he was the very “guy" who oversaw the program:

…The report’s leaked conclusion, which has been reported on widely, that the interrogation program brought no intelligence value is an egregious falsehood; it’s a dishonest attempt to rewrite history. I’m bemused that the Senate could devote so many resources to studying the interrogation program and yet never once speak to any of the key people involved in it, including the guy who ran it (that would be me).

He also called out members of the US Congress for their hypocrisy:

The interrogation program was authorized by the highest levels of the U.S. government, judged legal by the Justice Department and proved effective by any reasonable standard. The leaders of the Senate and House Intelligence Committees and of both parties in Congress were briefed on the program more than 40 times between 2002 and 2009. But Rep. Nancy Pelosi (D-Calif.) tried to deny that she was told in 2002 that detainees had been waterboarded. That is simply not true. I was among those who briefed her.

He also -- and especially -- skewers Sens. Dianne Feinstein (D-CA) and Jay Rockefeller (D-WV). In any case, on "Fox & Friends" this morning, a former CIA legal expert called the report shortly before it was released “unfair and preposterous”:

President George W. Bush, who in many ways is the face of enhanced interrogation techniques, also defended the practice last Sunday on CNN:

There are good people on both sides of this debate. What's clear, however, is that this report, if anything, has done nothing to resolve it.

Throughout our history, the United States of America has done more than any other nation to stand up for freedom, democracy, and the inherent dignity and human rights of people around the world. As Americans, we owe a profound debt of gratitude to our fellow citizens who serve to keep us safe, among them the dedicated men and women of our intelligence community, including the Central Intelligence Agency. Since the horrific attacks of 9/11, these public servants have worked tirelessly to devastate core al Qaeda, deliver justice to Osama bin Laden, disrupt terrorist operations and thwart terrorist attacks. Solemn rows of stars on the Memorial Wall at the CIA honor those who have given their lives to protect ours. Our intelligence professionals are patriots, and we are safer because of their heroic service and sacrifices.

In the years after 9/11, with legitimate fears of further attacks and with the responsibility to prevent more catastrophic loss of life, the previous administration faced agonizing choices about how to pursue al Qaeda and prevent additional terrorist attacks against our country. As I have said before, our nation did many things right in those difficult years. At the same time, some of the actions that were taken were contrary to our values. That is why I unequivocally banned torture when I took office, because one of our most effective tools in fighting terrorism and keeping Americans safe is staying true to our ideals at home and abroad.

Today’s report by the Senate Select Committee on Intelligence details one element of our nation’s response to 9/11—the CIA’s detention and interrogation program, which I formally ended on one of my first days in office. The report documents a troubling program involving enhanced interrogation techniques on terrorism suspects in secret facilities outside the United States, and it reinforces my long-held view that these harsh methods were not only inconsistent with our values as nation, they did not serve our broader counterterrorism efforts or our national security interests. Moreover, these techniques did significant damage to America’s standing in the world and made it harder to pursue our interests with allies and partners. That is why I will continue to use my authority as President to make sure we never resort to those methods again.

As Commander in Chief, I have no greater responsibility than the safety and security of the American people. We will therefore continue to be relentless in our fight against al Qaeda, its affiliates and other violent extremists. We will rely on all elements of our national power, including the power and example of our founding ideals. That is why I have consistently supported the declassification of today’s report. No nation is perfect. But one of the strengths that makes America exceptional is our willingness to openly confront our past, face our imperfections, make changes and do better. Rather than another reason to refight old arguments, I hope that today’s report can help us leave these techniques where they belong—in the past. Today is also a reminder that upholding the values we profess doesn’t make us weaker, it makes us stronger and that the United States of America will remain the greatest force for freedom and human dignity that the world has ever known.