Confirmed: Why Yes, a Texas Voting Machine DID Leave Greg Abbott Off the Ballot 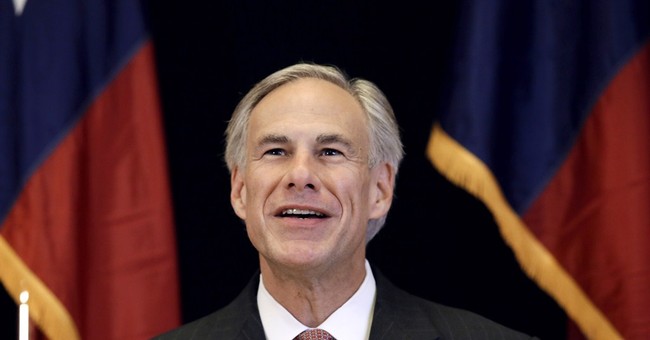 Not that it mattered, of course. Greg Abbott absolutely routed his opponent in the general election on Tuesday night. But it is disconcerting that when a voter went to pull the lever for the governor-elect, his name was...nowhere to be found. Instead, former Lt. Gov. David Dewhurst’s name appeared, a guy who ran for a completely different office in Texas and lost in the primary:

The company that supplies Bexar County with iVotronic ballot machines acknowledged Wednesday that a glitch caused an electronic ballot to display the wrong name for the Republican candidate in the race for Texas governor.

A written statement from Election Systems & Software said a faulty memory card appeared to be the reason why GOP candidate Greg Abbott’s name was missing from the ballot. In his place was Lt. Gov. David Dewhurst. “I’m happy they were able to find the glitch,” said San Antonio voter Jade Stanford, who took two cell phone photos of the error that immediately went viral on the Internet. “It wasn’t Photoshop, it wasn’t botched, it was real.”

This was reportedly the only machine in Texas that left Abbott off the ballot. Or so we're told. Read the company’s full statement below (via Breitbart):

On November 4, 2014, an issue was reported with a single voting unit in a Bexar County precinct in the General Election. An initial analysis by Bexar County and the ES&S technician on site has confirmed that the unit in question was not functioning properly and was incorrectly displaying a candidate in one race on the touch screen. The unit in question was immediately removed from use and no further issues were reported. There were a total of 12 votes cast on the unit and all votes were tabulated correctly. The results tape did reflect the correct candidates for that race and no votes for compromised. While it currently appears that a faulty memory card is at issue, a full review and diagnostic test is underway to determine and validate the exact cause of this issue. Once this review is complete, ES&S will provide a report to Bexar County detailing the outcome of the forensic analysis. Bexar County followed proper protocol and procedure in all testing, coding and equipment preparation.