Poll: Most Say Opposition to Obama Has Pretty Much Nothing to Do With Race 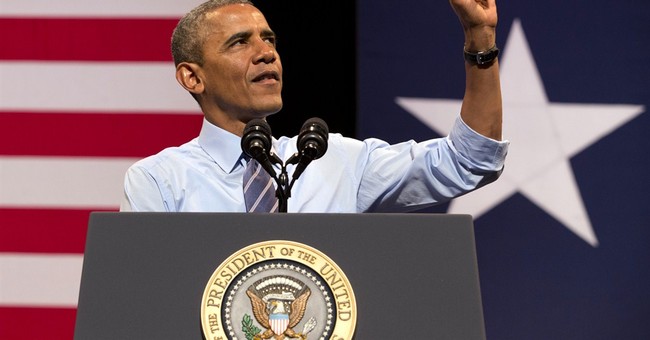 Yesterday, Katie wrote up Attorney General Eric Holder’s comments on ABC’s This Week, in which he suggested there was a “racial component” underlying the tea party movement. He was quick to temper his remarks, however, by adding that only “some people” in America are actuated by racism. Nevertheless, his position was clear: the United States is a racist country, and therefore President Obama has been "treated differently" (as has he) than any of his predecessors.

Not surprisingly, most Americans categorically reject this “theory.” For example, according to a recent Rasmussen Reports poll, 61 percent of respondents said opposition to the president is “primarily” rooted in … his policies:

A new Rasmussen Reports national telephone survey finds that 61% of Likely U.S. Voters think people who oppose the president’s policies do so primarily because they believe his policies are bad, not because of racism.

There can be no doubt there is a (relatively small) segment of the population, motivated by hatred and racial animus, who abhor the president because of his skin color. I will agree with Holder on that much. And thus, despite the nation’s progress on race relations over the last half-century, they are still blinded by their own bigotry and close-mindedness. This is regrettable and wrong. But it’s also worth noting that the vast, vast majority of Republicans, if they do disagree with the president on any number of issues, do so primarily on the merits.

This, of course, is something administration officials with an agenda keenly understand, but will never admit publicly.