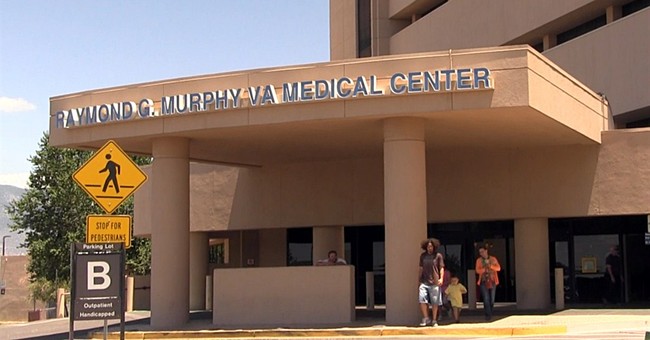 An important hearing is happening tonight on Capitol Hill. The House Committee on Veterans’ Affairs will listen to testimony -- and question -- several key witnesses who alleged that nurses and doctors at the Department of Veteran Affairs covered up a failing health care system and punished anyone who tried to expose it.

Alarmingly, these whistleblowers were all singled out and disciplined for their actions, one of whom was actually fired, because he tried to “institute reforms” that would give veterans access to the medicine and care they needed -- when they needed it. Politico reports:

Jose Mathews, the chief of psychiatry at the St. Louis VA, will discuss how doctors at his hospital “failed the same vulnerable population it was designed to serve.” In prepared testimony, Mathews notes that veterans who came to the outpatient treatment center with “urgent” mental health needs were turned away, in one instance without refills of medication.

But when Mathews said he tried to institute reforms, such as mandating doctors saw at minimum 19 veterans a day and creating a triage system for “high intensity care” patients, he said he met resistance, including being fired from his post as chief.

“There was a significant amount of resistance from many psychiatrists and other specialties. I was yelled at on many occasions, I was told repeatedly, ‘this is the VA’ to explain away the poor access to care,” Mathews wrote.

Another whistleblower will testify she was put on administrative leave shortly after calling attention to the fact that “inexperienced nurses” in her department were constantly misdiagnosing -- and failing to properly treat -- their patients:

The retaliation was pervasive and often carried out in a personal manner, the witnesses will testify. Katherine Mitchell, a 16-year VA employee who worked at facilities in Phoenix, said nurses there refused to care for her patients after she began complaining about issues within the medical center.

“After reporting hundreds of cases, eventually about 20 [percent] of the ER nurses actively began to impede care of my own ER patients. Those nurses stopped initiating protocol orders for me, providing me with verbal patient reports, handing me EKGs, and answering basic questions I asked,” Mitchell wrote.

Mitchell said she raised concerns that inexperienced nurses were missing signs of “internal head bleeding, strokes, heart attacks, pneumonias, and dehydration” in patients at the ER.

I suspect this is only a taste of what's to come. In any case, the hearing will begin tonight at 7:30 PM EST, and you can learn more about it here.