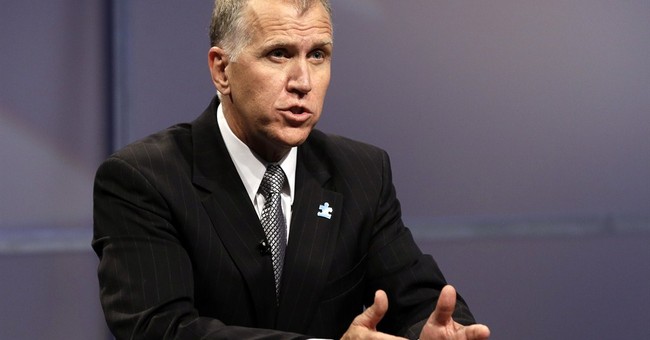 In other words, chalk this one up as another victory for “the establishment.” Tillis needed at least 40 percent of the vote to avoid a primary run-off on July 15, and he did. By a rather comfortable margin, too:

Tillis had 46 percent of the vote when the Associated Press called the race for him around 9:20 p.m. He defeated Greg Brannon, an obstetrician aligned with the tea party who had support from Sen. Rand Paul, R-Ky., and Mark Harris, a pastor, who had focused his appeal on social conservatism and was backed by former Arkansas Gov. Mike Huckabee.

I wrote above that tonight was a victory for the Republican establishment in part because Mitt Romney endorsed Tillis, and Rand Paul backed his conservative/libertarian/tea party opponent, Greg Brannon. But is there anyone more disappointed tonight than Sen. Kay Hagan?

After all, her implicit support for the grassroots candidate in the race didn't make much of a difference at all.