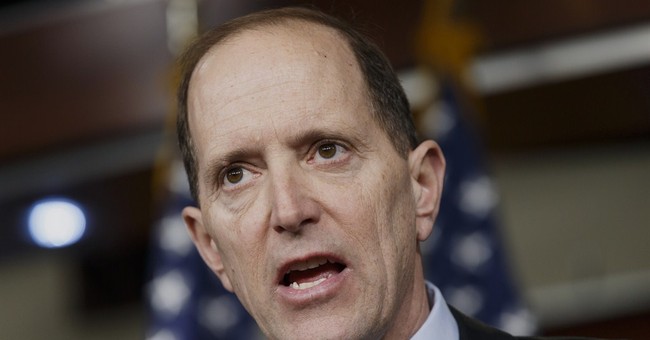 And not just any “influential” House Republican, by the way. Rep. Dave Camp (R-Mich.) is Chairman of the House Ways and Means Committee.

“The committee on Ways and Means is the oldest committee of the United States Congress,” according to its official website, “and is the chief tax-writing committee in the House of Representatives.” The Hill reports:

House Ways & Means Committee Chairman Dave Camp (R-Mich.) will retire at the end of his term, he announced Monday evening.

"Today, I am announcing that I will not seek re-election to the United States House of Representatives," Camp said in a statement. "Serving in Congress is the great honor of my professional life. I am deeply grateful to the people of the 4th Congressional District for placing their trust in me. Over the years, their unwavering support has been a source of strength, purpose and inspiration."

The Washington Post explains why so many ambitious and power-hungry politicians want to chair this committee:

As Ways and Means chairman, Camp is among the most powerful men in Washington, with jurisdiction over taxes, Medicare, Social Security — and the budget debate. He's been universally described as "nice" and collegial and an antithesis of the brash, iron-fisted chairmen of the past. If Ryan has earned credit for shaping the GOP’s big-picture vision, Camp has been cast as the guy in the trenches thrashing out policy — or deciding when to back away. When Ryan’s controversial plan to privatize Medicare was under siege in 2012, Camp helped quiet the uproar by announcing that his committee would not advance the Medicare plan, which had zero chance of passing anyway.

Camp was elected to the U.S. House of Representatives in 1990, and has been chairman of the committee since 2011. The question now, however, is who will replace him? Two entrenched House Republicans reportedly have their eyes set on the job, one of whom was the Republican vice presidential nominee in 2012, the Post reports:

The battle to succeed Camp at Ways and Means is a two-way race between Rep. Paul Ryan (R-Wis.), the clear front-runner, and Rep. Kevin Brady (R-Tex.), who is more senior on the panel than Ryan.

Ryan is scheduled to release his budget blueprint Tuesday, and the former 2012 vice presidential nominee has stated publicly that he wants to take over the gavel from Camp, although there is still a chance that Ryan might run for president in 2016.

Rep. Camp represented a Republican-leaning district, which was why he was expected to win re-election handily. As a result, the seat is expected to stay red in November.