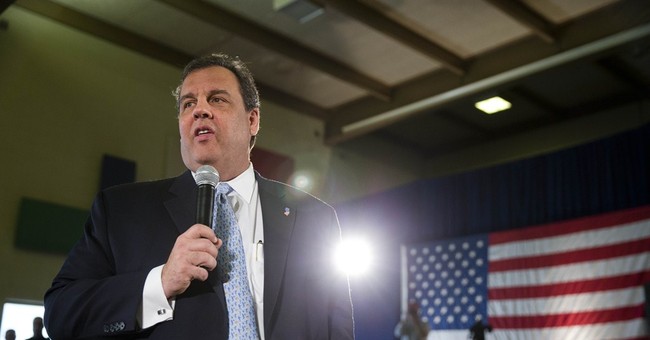 No doubt we saw this coming earlier in the week. Namely, an internal investigation into Bridgegate would eventually clear Gov. Chris Christie (R-NJ) of any wrongdoing. The 300-plus page report was released on Thursday, and as it happens, investigators pin the blame mostly on Christie’s top aide, Bridget Kelly, whom was later fired, and a Port Authority official.

Gov. Christie had no knowledge of the incident, they concluded. The AP reports:

A law firm hired by New Jersey Gov. Chris Christie says the governor was not involved in a plot to create gridlock near a major bridge as part of a political retribution scheme.

The taxpayer-funded report released Thursday concludes the September lane closures near the heavily traveled George Washington Bridge were intended to target a local mayor. But there was no evidence found that it was because the mayor wouldn't endorse Christie.

The report finds that former Port Authority of New York and New Jersey official David Wildstein and ex-Christie aide Bridget Kelly were behind the closures.

The lawyers also found no evidence that Christie tied Superstorm Sandy aid for Hoboken to support for a private redevelopment project.

So that’s that? Case closed? Well, I wouldn’t say that. Aside from the fact that this was a “comprehensive and exhaustive” investigation (although let’s also not forget that the investigators were in fact hired by the Christie administration), the New York Times reports that buried within the pages of this report is an alarming finding: David Wildstein, a key player in the scandal with ties to Team Christie, claimed he personally notified the governor about the lane closings last September, investigators discovered:

The Port Authority official who oversaw the lane closings at the George Washington Bridge said that he had informed Gov. Chris Christie of New Jersey about it at a Sept. 11 memorial while the closings were occurring, according to results from an internal investigation released on Thursday by lawyers for the governor.

The official, David Wildstein, told Mr. Christie’s press secretary of the Sept. 11 conversation at a dinner in December just before his resignation from the Port Authority, according to the report.

The report said that Mr. Christie did not recall any such conversation and finds no evidence that he was involved in the scheme, which snarled traffic for thousands of commuters in Fort Lee, N.J., from Sept. 9 through the morning of Sept. 12.

It was one of many revelations unearthed by the inquiry, commissioned by Mr. Christie’s office. into what prompted the lane closings and what role his administration played in it.

The key bit here is that “no evidence” yet exists that Christie was involved in the lane closings. Essentially, it’s Wildstein’s word against Christie’s, I suppose, although Christie has the added benefit of already being exonerated. However, there are other investigations forthcoming, conducted by both federal prosecutors and state lawmakers, according to the AP. Will they dig deeper, and discover that Christie had knowledge and insight into the incident months earlier than he claimed?

As many have noted, surely critics will inevitably attack this report. After all, the law firm that conducted the investigation is friendly with the Christie administration, and the top three players in the scandal were not even interviewed. Therefore the report is "incomplete,” Democrats will say. But while that may be true, 70 people were interviewed, and hundreds of thousands of documents were reviewed.

That may not assuage Democrats hungry for retribution, but it’s not something to dismiss lightly, either.