Shorter CBS Poll: 61 Percent Say 'We Have No Responsibilities’ in Ukraine 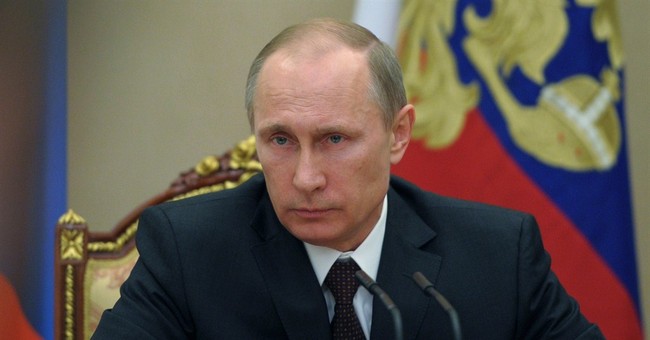 What should the United States do in response to Russia’s invasion and annexation of Ukraine’s Crimean peninsula? Put simply, most respondents say we shouldn't do anything, according to a new CBS News poll:

Most Americans don't think the U.S. is obliged to intervene in the recent annexation by Russia of the Ukrainian territory of Crimea. A majority of 61 percent of Americans do not think the U.S. has a responsibility to do something about the situation between Russia and Ukraine, nearly twice as many as the 32 percent who think it does. There is widespread bipartisan agreement on this.

Meanwhile, 65 percent of respondents don’t even want to provide Ukraine with arms and/or matériel:

More specifically, 65 percent of Americans do not think the U.S. should provide military aid and equipment to Ukraine in response to Russia's actions, while only 26 percent think the U.S. should. Majorities of Republicans (59 percent), Democrats (67 percent), and independents (69 percent) are opposed to providing military aid and equipment to Ukraine.

This poll -- which surveyed 1,097 people -- is a clear indication that the public does not want to be bogged down in another war or arms race with Russia. Leaving Ukraine to its own devices, in other words, is more palatable to the public than involving ourselves militarily in the region. But the U.S. isn’t exactly sitting quietly on its hands, either. To wit, on Monday the U.S. Senate green lighted legislation to finally provide some economic relief to our Ukrainian allies:

A stalled US aid package for Ukraine finally began to emerge from Congress on Monday night after the Senate temporarily put partisan bickering aside to vote overwhelmingly in favour of $1bn worth of economic assistance measures.

A majority of Republicans dropped their previous resistance to the bill, which includes controversial reforms to the International Monetary Fund added at the request of the White House, and it cleared a key procedural hurdle by 78 votes to 17.

Despite passing out of the Senate Foreign Relations committee more than a week ago, the aid package had been delayed during recent tensions in Crimea due to an unrelated squabble over whether the IMF clauses would be expensive or weaken US influence.

But the wider Ukraine package, which also includes further sanctions against Russia, still faces an uphill struggle in the House of Representatives where its version of the bill does not contain the IMF reforms demanded by Democrats.

Beyond economic relief packages, tougher sanctions, and expressions of solidarity with the people of Ukraine, what else can Washington lawmakers do to aid our Ukrainian allies?

Not a whole lot, it would seem. After all, if the vast majority of Americans didn't even want to put boots on the ground in Syria -- a conflict wherein hundreds of thousands of innocents are being slaughtered -- why on earth deploy troops to Crimea? Surely the human rights atrocities in Syria are infinitely worse.

U.S. leaders must find a way to resolve this crisis diplomatically. The public, it seems, has no appetite for foreign entanglements, arming our allies, or nation-building anymore.