CNN Anchor Pinpoints Why Biden Is Ignoring the Science on Schools 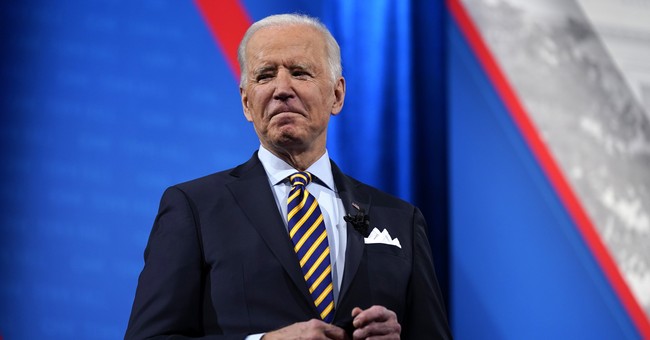 The Biden administration is driving parents crazy. On the campaign trail, Biden promised to follow the science when it comes to the timeline to reopen schools. Well, the CDC said that teachers don't have to be vaccinated before students return to in-person learning. Dr. Anthony Fauci agreed, noting in recent interviews that vaccinating every educator in the country before opening classroom doors would be "unpractical" and "unworkable." So what gives, Mr. President?

CNN's Abby Phillip said what gives are the teachers unions.

"Why is it so tough for the Biden administration to give a straight, clear answer on this question of when schools should open?" Jake Tapper wondered on Wednesday.

"I think that they are torn," Phillip replied. "Look, the teachers unions are a very powerful Democratic constituency and they feel very strongly that teachers should at the very least all be vaccinated before returning to the school.

It's "puzzling," she said, that Biden can't state both the science and their preferences.

Other media outlets are coming to the same conclusion: President Biden doesn't want to upset the unions.

Biden team struggles to specify when schools will open, normalcy will return: [T]he Biden administration is struggling to give precise, consistent answers to two key questions: When will the pandemic truly be behind us? And, short of that, when can children safely return to school?...But the schools carry particular political sensitivity for Biden, who must balance the desires of parents to send their children back to school, after a year of having to manage their education from home, with the fears of teachers and their unions. (Washington Post)

Lawmakers have also criticized the president's priorities. Last month, Rep. Steve Scalise (R-LA) had this to say after Biden appeared to take the side of the Chicago Teachers Union.

During Tuesday's town hall with CNN, President Biden appeared to throw White House Press Secretary Jen Psaki under the bus by suggesting there was miscommunication regarding their goals for schools. Biden told Anderson Cooper that their goal was "five days a week," while earlier in the week Psaki said that their goal would be one day a week by April 30. When Psaki tried to defend herself on Twitter, an education reporter swiftly fact checked her.