Karen McDougal's Attorney: We 'Told You So' 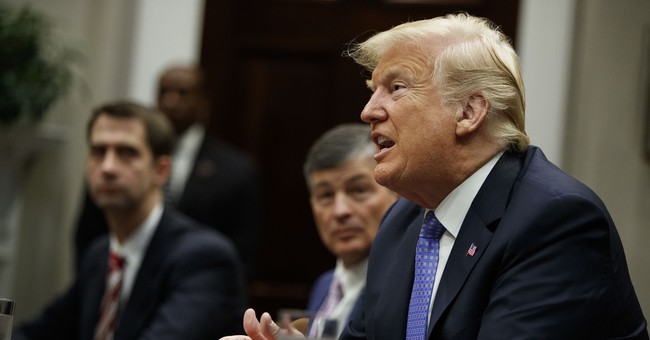 President Trump has denied knowing that his former lawyer Michael Cohen paid two women to keep silent ahead of the 2016 presidential election after they claimed to have an affair with him. Trump only knew "later on," he said. A Wall Street Journal report, however, suggests otherwise. Trump, the report says, not only knew about the payments, but coordinated them.

Prosecutors granted immunity to National Enquirer CEO after he provided them details about the payments.

The second was a $150,000 payment to former Playboy model Karen McDougal for her exclusive story of an alleged extramarital affair with Mr. Trump, a story that was purchased by American Media in August 2016 at Mr. Cohen’s urging, and then never published. The payment was first reported by the Journal in November 2016. (Wall Street Journal)

To all media asking our firm to comment on #NationalEnquirer publisher #DavidPecker getting immunity from prosecution in exchange for corroboration of his collusion w #MichaelCohen + @realDonaldTrump in silencing #KarenMcDougal, here is our official statement: "Told you so." https://t.co/Fkr5Gcyxot

Cohen also testified in court this week that Trump knew about the payments.  While he defended Trump when the allegations first came out, he had a "transformation" and is now sharing the truth, Cohen's lawyer Lanny Davis said Wednesday on "Megyn Kelly TODAY." He asked the studio audience to donate to Cohen's GoFundMe page. They laughed at him.

An investigation into the payments and whether or not Trump knew about them is ongoing.