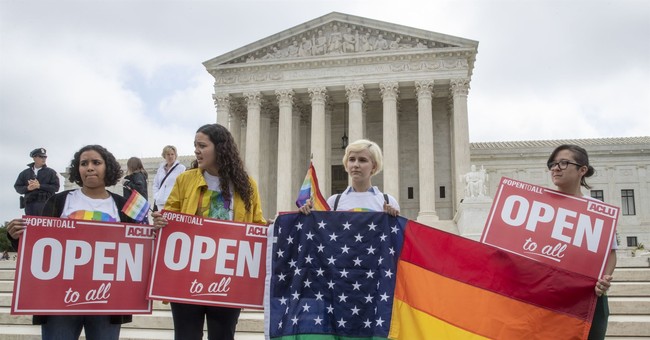 Tastries Bakery owner Cathy Miller won her court case against a same-sex couple in February after they sued her for declining to cater their wedding. The State of California requested a preliminary injunction to either force Miller to design wedding cakes for same-sex couples or not create wedding cakes at all. In his ruling, Judge David Lampe noted that the anti-discrimination policy in the state was "the stuff of tyranny." If Lampe had sided with the California officials, Miller could have lost 40 percent of her revenue.

The Freedom of Conscience Defense Fund, the counsel representing Miller, reminded state officials about the First Amendment while the case was still ongoing.

“Cathy would never discriminate against anyone who walks through her bakery’s doors. She will gladly serve anyone, including same-sex couples,” FCDF’s chief counsel Charles LiMandri said. “But Cathy will not use her artistic talents to express messages that conflict with her sincerely held religious beliefs about marriage. We are pleased that the judge recognized that the First Amendment protects Cathy’s freedom of speech.”

"The State is not petitioning the court to order defendants to sell a cake," he said in his ruling. "The State asks this court to compel Miller to use her talents to design and create a cake she has not yet conceived with the knowledge that her work will be displayed in celebration of a marital union her religion forbids. For this court to force such compliance would do violence to the essentials of Free Speech guaranteed under the First Amendment."

Yet, now, the California’s Department of Fair Employment and Housing is relaunching its administrative investigation of the bakery owner.

“This is a witch hunt," LiMandri said in a statement Thursday. "Once again, the California government is proving that it will stop at nothing to punish Cathy for her Christian faith.”

Should the DFEH continue to pursue Miller and her family, FCDF will move to enforce the existing judgment and seek attorneys’ fees under state law.

"Any further action the government takes against Cathy is merely to bully and persecute her,” LiMandri said.

Jack Phillips, the owner of Masterpiece Cakeshop in Colorado, also discovered that his religious beliefs had the potential to land him in hot water when he too refused to bake a wedding cake for a gay couple. When the couple sued, the case made it all the way to the Supreme Court. As in California, it was the Christian baker who scored a judicial victory.