Former OSU Coaches on Why They Believe Jim Jordan 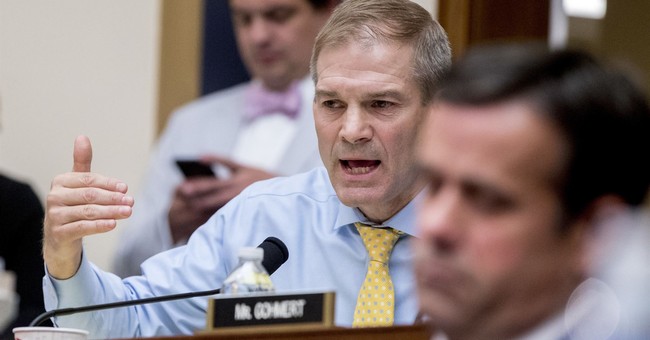 Rep. Jim Jordan (R-OH) has been accused of hiding sexual abuse from a wrestling team doctor when he served as a coach at Ohio State University. He claims to have not known about the abuse.

But some former wrestlers are calling the congressman a liar.

“For God’s sake, Strauss’s locker was right next to Jordan’s and Jordan even said he’d kill him if he tried anything with him,” according to Dunyasha Yetts, who wrestled at OSU from 1993 to 1994.

Mike DiSabato, another former wrestler, who also said he considers Jordan a friend, nevertheless insisted on CNN that he told Jordan about the doctor's abuse.

A group of coaches from that era believe Jordan's side of the story, however.

“Jim Jordan is a man of high integrity and courage," according to Rex Holman, a former OSU assistant coach. "I wrestled for and coached with Jim. I fully believe that Jim did not know of any allegations of sexual abuse by Dr. Richard Strauss at the Ohio State University. Jim is a leader that was very protective of his athletes. He would ask how you were doing in an effort to understand your mental state. It wasn’t a formality, but a genuine request to communicate. He wanted to make sure you were ok and help problem solve.”

"From the first day I met Jim Jordan as a student athlete, he has been the most honorable man I have ever known and my respect and admiration for all he has done and accomplished is at the very highest level," said Russ Hellickson, former Ohio State head wresting coach. "We dealt with many challenges together when he was one of my assistant coaches, and it's important to know that neither Jim nor I would sidestep or avoid challenges for our wrestlers just because the circumstances were painful or uncomfortable - in fact, those are the kind of circumstances that motivated Jim the most.  At no time while Jim Jordan was a coach with me at Ohio State did either of us ignore abuse of our wrestlers.  That is not the kind of man Jim is, and it is not the kind of coach that I was.”

Still, critics are demanding his resignation.